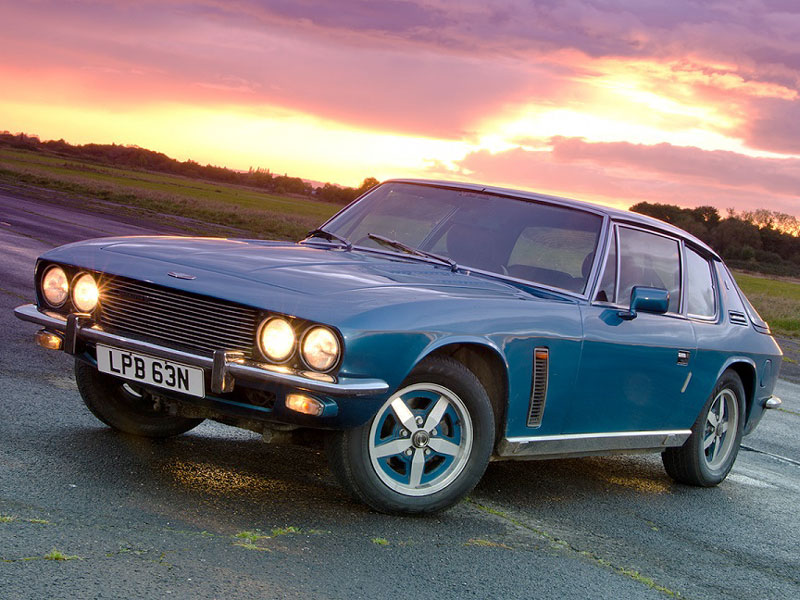 - Owned since 2006 and offered with comprehensive history in 3 folders

- History from new, including hand written record of every journey made by first owner
- £20,000 restoration in 1989 by Jensen Parts & Service (the business that bought the assets of the original company), at the factory by Jensen staff; this included upgrades to 'Series 4' specification including electric mirrors, later door handles and front lip spoiler (since removed)
- Engine overhaul (£6,000) in 2007 - engine condition is very good due to regular servicing; uses very little oil
- Body and chassis restoration in 2015 (400 hours) and then again in 2017/18 to ready for sale - this year included a full respray to remove scuffs and scratches (additional 200 hours labour)
- Key ancillaries - starter motor, water pump, alternator etc replaced during restoration
- Front seats and carpets retrimmed in 2015; rear seats virtually unused so left
- Replacement stereo fitted but original radio/cassette available
- Extensively featured on TV and in magazines as well as in advertising campaigns
- Video of restoration available on Youtube

In the current ownership since 2006 when it had covered 60,000 miles, this cherished Interceptor has been the subject of a great deal of work over recent years as detailed in the vendor's summary above. Finished in Blue with Burgundy interior, the bodywork, paintwork and gearbox are described as "excellent" whilst the engine and interior are said to be "very good". Displaying some 140,000 miles, LPB 63N is expected to possess a fresh MoT in time for the sale and is said to be "totally reliable" with "very good" electrics.

Jensen's striking replacement for the slant-eyed C-V8 first saw the light of day in 1966. It broke some of the firm's established traditions in that the design was outsourced - to Carrozzeria Touring - and the bodies were made of steel rather than glass reinforced plastic. Power was initially supplied by a 6276cc Chrysler V8, driving through either a four-speed manual or three-speed TorqueFlite automatic transmission to an LSD-equipped Salisbury rear axle. The MKII model of 1969 brought revised frontal styling and ventilated disc brakes. Introduced at the October 1971 Earl's Court Motor Show, the Interceptor III was visually distinguished by cast headlight surrounds, GKN cast alloy wheels and a comprehensively revamped interior and was produced in four Series - G, H, J and S4. By May 1972 the engines on RHD cars had been increased in capacity to a whopping 7212cc. A total of some 6,408 Interceptors were produced between 1966 and 1976.