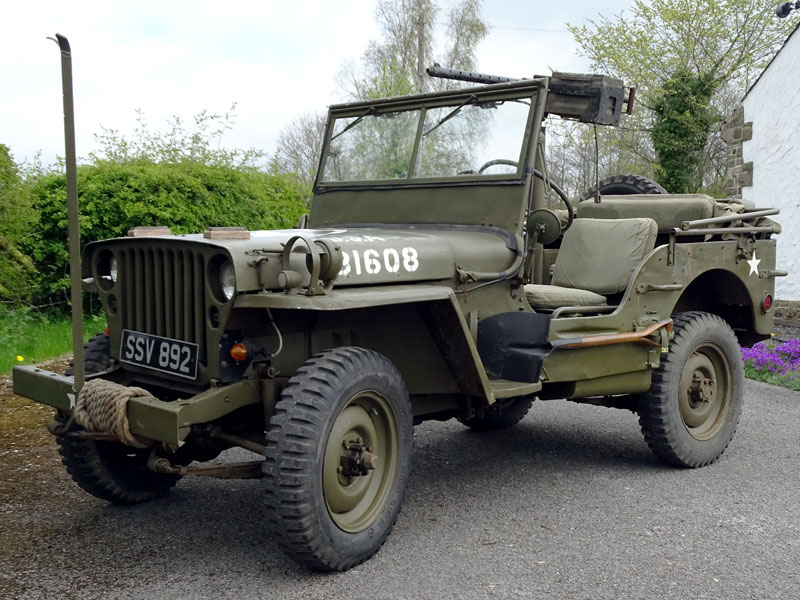 Think of WWII and the Jeep will be there somewhere - the two are synonymous, even though production didn't begin in earnest until 1942 - half way through the hostilities. Weighing in at little more than a ton and equipped with a torquey L-headed 2.2-litre engine driving all four wheels via a three-speed manual box and two-speed transfer case, the tough, go anywhere Jeep did its job well, sparking a number of imitations - not least the original Land Rover. By the end of the war, close to three-quarters of a milliion Jeeps had been produced - 280,000 of which were manufactured by Ford. Many examples survive around the world and are regularly employed in film work, war games or for simply having fun. The Jeep on offer was imported into UK in 1985 and attributed to the current registered keeper in 1988 to use alongside his business as a promotional / advertising vehicle. Offered complete with what is believed to be a deactivated Browning 50 calibre machine gun, canvases, spade, old radio, jerry can etc, plus a collection of old MOT certificates and invoices. The vendor currently grades the bodywork, paintwork, engine, interior and gearbox as 'Very Good'. A great talking point for the pub.