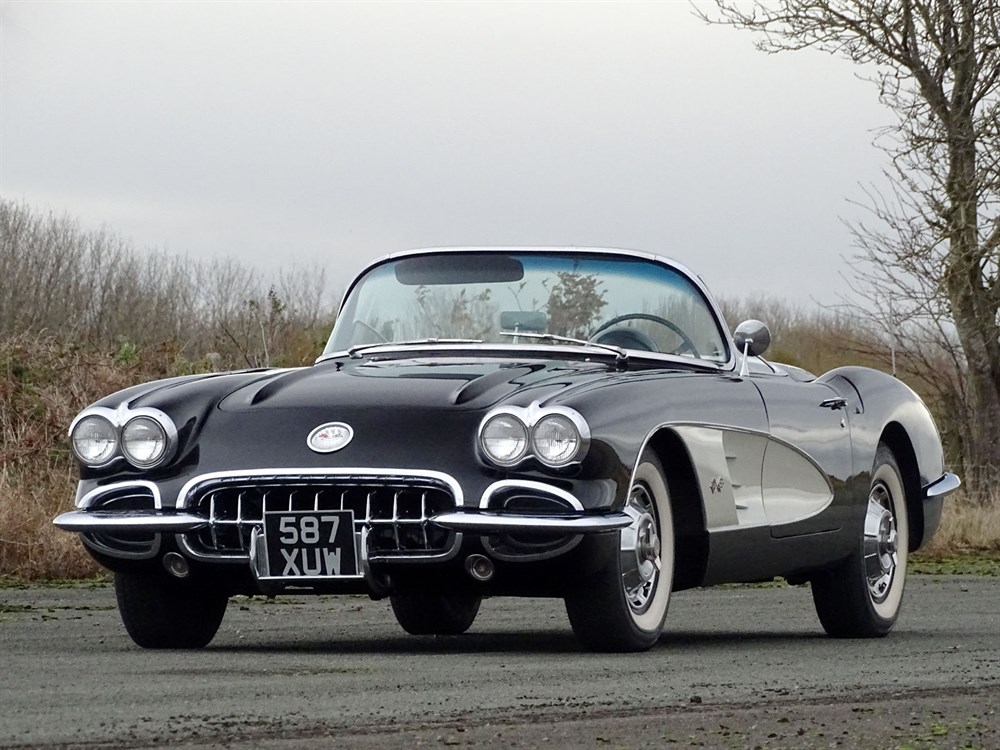 Now in its seventh generation, the 'Vette began life in 1953 with the C1 - a model that captivated a generation of American youngsters. It was the work of the legendary Harley Earl and inspired by the great European road/race offerings of the day. It borrowed its name - of French origin - from centuries of small, fast warships. The newcomer was first seen in concept form at the New York Auto Show, and generated sufficient interest for General Motors to hand-build a batch of 300 Polo White Convertibles. Sales, slow at first, had built to no less than 14,000 per annum by the introduction of the C2 10 years later. The C1 received multiple cosmetic updates along the way, the most significant of which came in 1958 when the nose was lengthened and dual headlights introduced. The model was initially only available with a straight-six powerplant, but soon progressed to V8 power units of varying horsepower with various transmission options.