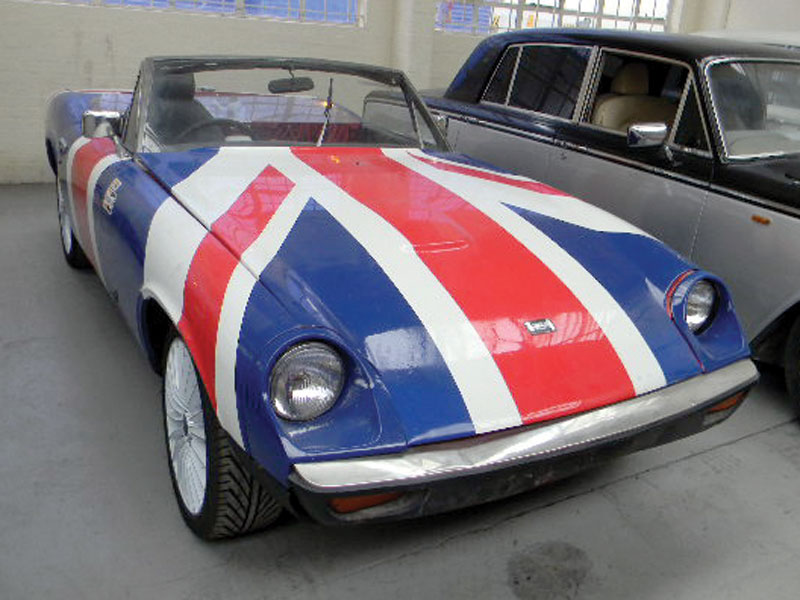 Many people were dismayed at British Leyland's decision to axe the Austin-Healey 3000. Not least among them were Donald Healey - the man behind the name - and Kjell Qvale, who had done more than anybody to market British sports cars in the USA and who had enjoyed particular success with the 'Big Healey'. Adamant that the MG C was no substitute for the venerable Healey, Qvale - the son of a Norwegian sea captain - set about solving the problem himself. He discovered that the Healey family had been working on the prototype of an all new two-seater sports car and that Jensen (who had built the bodies for the Healey 3000) was the obvious company to build it. Aston Martin DBS designer Bill Towns was commissioned to develop the styling and the Jensen Healey was born. Power came from the 4-cylinder, 2-litre, twin-cam, Vauxhall-based Lotus 907 engine which drove through the four-speed Chrysler gearbox of the Sunbeam Rapier. The independent front suspension and live rear axle came courtesy of the Vauxhall Firenza, as did the rack and pinion steering and the disc / drum braking system. Bearing in mind Qvale's ambitions for the American market, the car was equipped with Federal style impact bumpers from the outset. The performance of the Jensen-Healey was brisk by the standards of the time, the 140bhp engine endowing the car with a 0-60mph time of some 7.5 seconds and a top speed of over 120mph. The open two-seater was produced from March 1972 to late 1975, during which time some 10,000 were manufactured.

The right-hand drive Jensen Healey Convertible being sold was an entrant in the Best of British awards - hence its overtly patriotic red, white and blue colour scheme - since when it has been exhibited as an example of British craftsmanship. Arguably a potential candidate for film or TV work, it is currently regarded by the museum as having "poor" bodywork, paintwork and engine and "average" Black vinyl trim. The four-speed transmission is something of an unknown quantity, as is the recorded mileage of 74,184. We understand a V5C has been applied for and the Jensen is being sold without tax or MOT and at No Reserve.
Share this page: