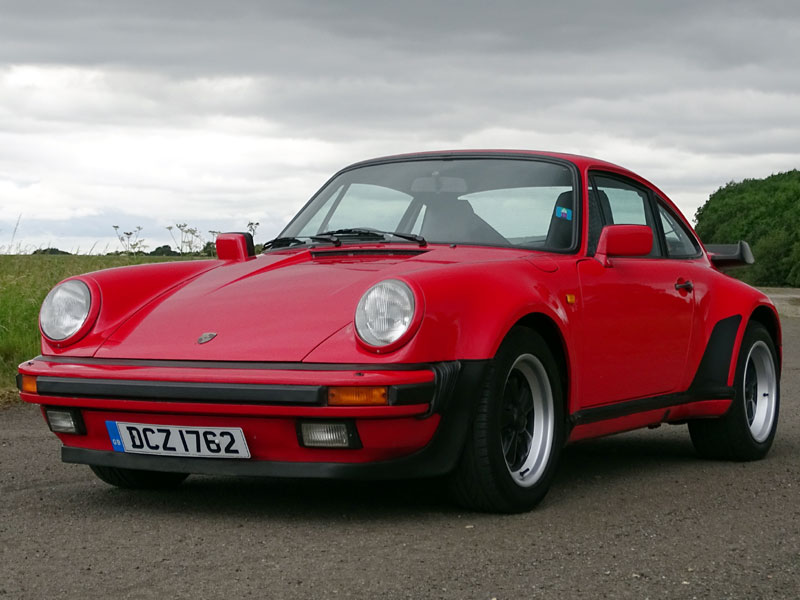 In the early `70s, Porsche had designs on racing a turbocharged version of the 911. A subsequent change in the rules negated the need for a precise number of street legal vehicles, but the company continued with the project anyway - the Porsche 911 Turbo (930) was born. The 930 was introduced at the Paris Motor Show of 1974 and produced from 1975 to 1989, during which time it was the fastest production car available on the German market. It was based around the Carrera 3.0RS. Initially, power output was 260bhp, but from 1978 it was increased to 300bhp by raising the engine capacity to 3.3-litres. To accommodate the extra performance over the 3.0RS, the 930 sported revised suspension, larger brakes and a more robust gearbox. Delivery of power to the road was aided by a `whale tail' rear spoiler, while a wider rear wheel/tyre package was squeezed under specially flared arches.

The very tidy-looking sale car was supplied new in May 1988 by Porsche dealer Gordon Ramsay Ltd of Newcastle. The vendor is its seventh keeper and the total mileage now stands at 94,500. Recent maintenance has included a top end engine overhaul by Unit Eleven Porsche of Warrington in 2012 at a cost of £10,151, and a minor service and brake fluid change as recently as June of this year. `DCZ 1762' is finished in the classic combination of Guards Red bodywork and Black hide upholstery. The vendor currently classifies the Turbo's bodywork, paintwork, interior trim, flat-six engine and four-speed manual gearbox as all being in `very good' order. The Porsche comes complete with: comprehensive service book containing 22 entries; the original handbooks; a large collection of invoices and old tax discs; and no less than 22 old MOT certificates, plus an advisory-free one valid to May 23 of next year.