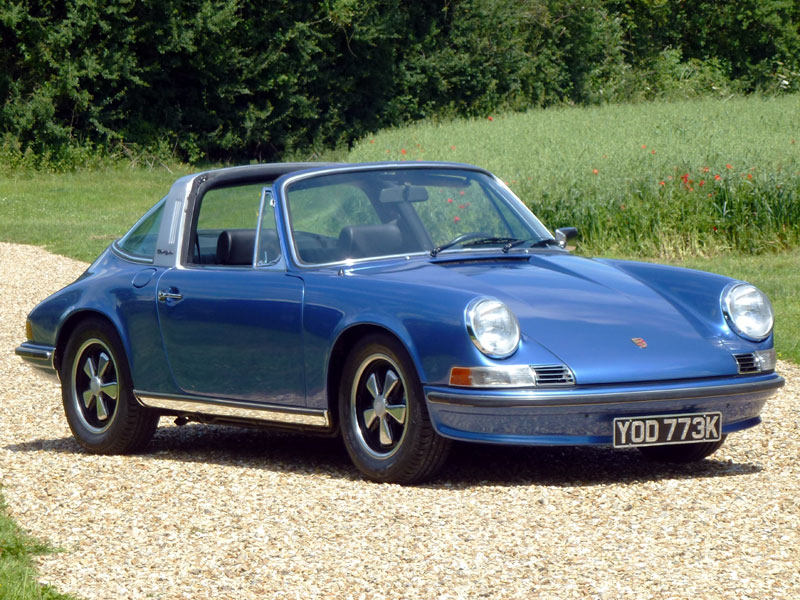 - Sold new in Naples, and resided in warm southern Italy until importation into England by the vendor in 2015

Originally registered in Napoli as NA795750, the 911 later moved further south and registered in the provinces of Catanzaro and Reggio Calabria. These areas of Italy are the closest part of the mainland to the beautiful island of Sicily, and one can imagine popping across the water and enjoying a few hours of spirited driving in the Targa on the historic Targa Florio route.

Copies of Italian registration documents detail the relatively small number of people in the south of Italy who were fortunate enough to own this rare car, one of just 989 2.4 S Targa models believed to have been produced in 1972 (against 1,750 coupes). 1972 was significant for the 911 as it was the only year that the oil filler cap was located on the rear wing.

In 2000 the 911 was registered in the Province of Avellino as AV111JG and in late 2011 the long-term owner sold it to a gentleman in Rome. The vendor acquired it from him in 2015 through a mutual friend, and it is believed the odometer was replaced some time before the owner in Rome acquired the car. An invoice on file (extremely rare with an Italian car as everything is paid for with cash) shows the Targa was sent to Sicily in 2013 to have the gearbox overhauled by a Porsche specialist in Palermo.

Since the 911 has been in England the vendor has spent over £5,000 improving the car with some of the best names in the historic Porsche world. Work undertaken includes fitting RHD headlights, heat exchangers, a stainless-steel exhaust system, a tune of the engine, and a thorough service.

Repainted in recent years, it appears this 911 has always been a cherished machine and therefore has never had the need to be stripped and restored. It retains that wonderful solid feel that only an original car can, something that is often lost during a full restoration.

We are delighted to offer a highly desirable, outside oil filler, European supplied 911 S Targa that the vendor understandably describes as having "very good" engine and interior trim, with "excellent" bodywork, paintwork, and transmission.