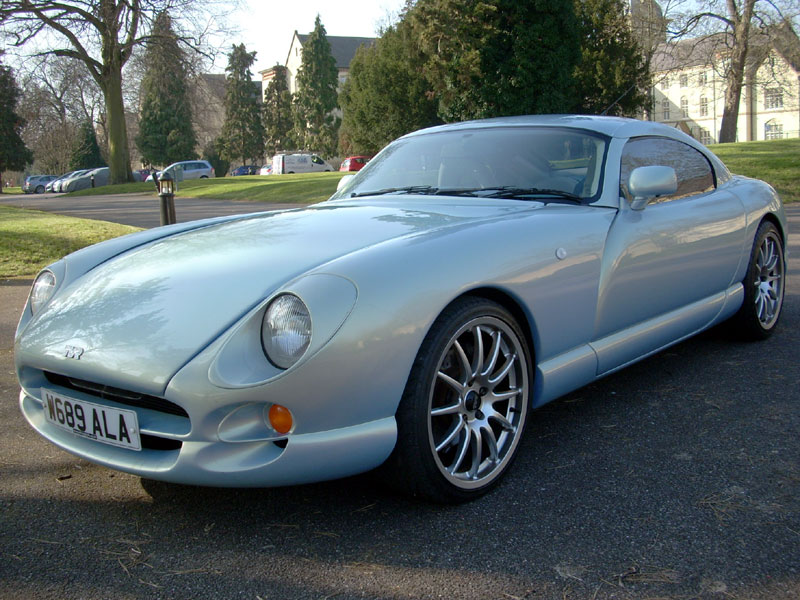 The Cerbera's name is derived from Cerberus, the three-headed beast that was said to guard the entrance to Hades. Introduced in 1996, the model was the first Peter Wheeler-era TVR to feature the following: fixed head coachwork, 2+2-seating and in-house engines. Designed by race engineer Al Melling and inspired by contemporary Formula One practice, the new AJP8 'Speed Eight' V8 initially displaced 4.2-litres but later grew to 4.5 and 4.7-litres (a 4-litre in-line 'Speed Six' derivative was subsequently offered too).

The 2000 example on offer is the latter Speed Six variant finished in the striking combination of Crystal Topaz paired with Portland Grey interior trim. Having had just 3 previous keepers and displaying a warranted 45,129 miles evidenced by the extensive service history, the seller presently grades the bodywork, paintwork, interior trim, engine and five-speed manual gearbox as all being in 'very good' order and 'W689 ALA' is offered with an MOT certificate to July 2nd 2018.