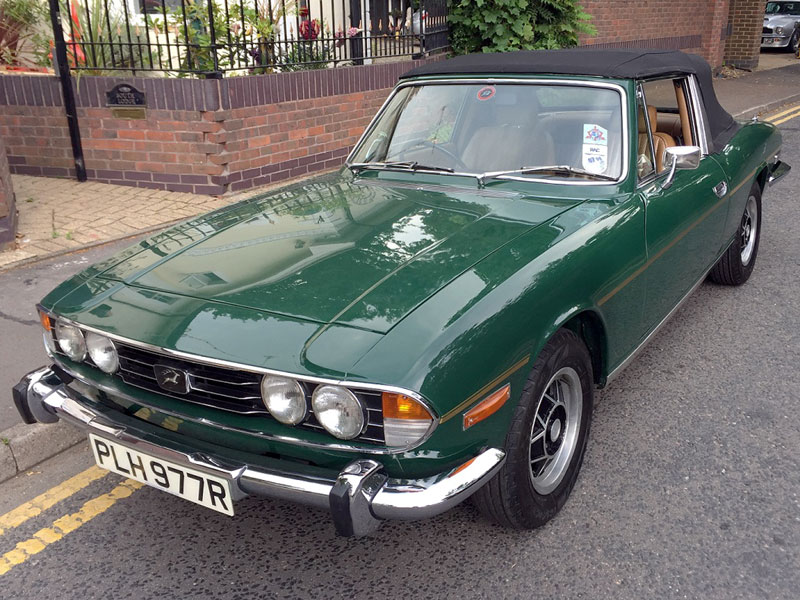 - To be sold for the benefit of The Bridge Church, Woodford Green

Like the Triumph 2000 it was developed from, the Stag was styled by Giovanni Michelotti and featured the monocoque construction, fully independent suspension, disc/drum brakes, power-assisted rack and pinion steering and driveline of that Saloon. The powerplant, however, was an all-new OHC V8 of 2997cc capacity. Production of the Stag ran from 1970 to 1977, during which some 25,939 examples were made - around 9,000 of which are believed to remain in the UK.

This example is finished in green with tan interior and is being sold to benefit a charity raising funds in aid of The Bridge Church of Woodford Green. Understood to have been restored around 2005, the engine has been overhauled and new brake callipers fitted. Powered by Triumph's tuneful 3-litre V8 driving through an overdrive manual gearbox, the car is described as having "very good" bodywork, paintwork, engine, transmission and interior. It is accompanied by an MoT to December.