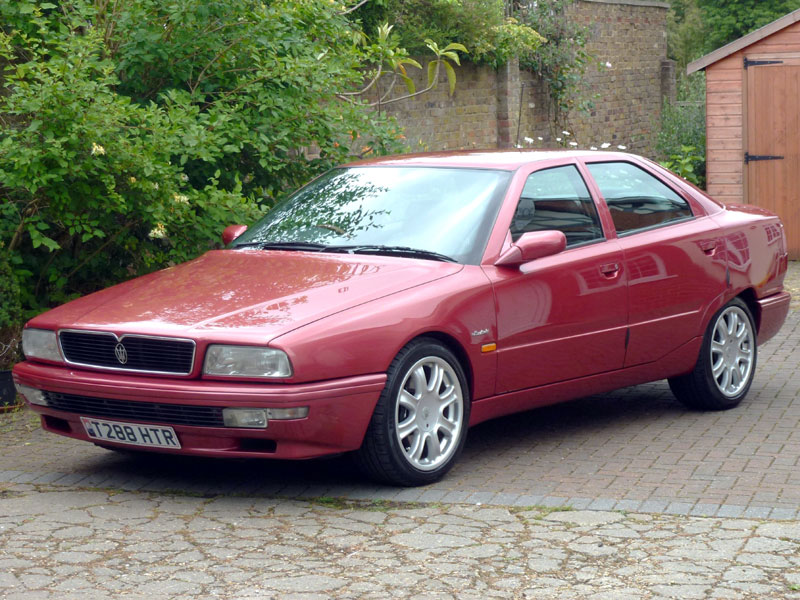 - Much enjoyed by the multiple Maserati owning vendor, with a well-known marque specialist replacing the head gaskets and cambelts in 2015

Marcello Gandini completed his design of Maserati's fourth series Quattroporte with his signature slashed rear wheel arch style. A total of just 2,400 Quattroporte IV's are believed to have been manufactured between 1994 and 2001 using a range of engines including a twin-turbo 2.0 V6, a twin-turbo 2.8 V6, and a twin-turbo 3.2 V8. The V8 sported Ottocilindri (eight cylinder) badges on its front wings indicating that under the bonnet lay a 331 bhp power plant with 332 lb ft of torque. Whether mated to the six-speed manual or four speed automatic transmissions, performance was exceptional. Only 415 Ottocilindri models were built in LHD and RHD configurations before the Evoluzione models replaced them, and RHD production is estimated to be less than 50. The original sales invoice shows this RHD example was sold new by the then UK Maserati importers Meridian Majestic in Bournemouth and first registered to someone in Southampton, Hampshire, as 2 FLM. Finished in the attractive colour combination of metallic Madera red with black leather interior, the odometer records just 48,600 miles have been enjoyed since it was first registered in April 1999. Cherished by our vendor as a part of his multiple Maserati and Alfa Romeo collection, he had a well-known marque specialist replace the cambelts and head gaskets during 2015, just over 5,000 miles ago. The invoice for this work is on file and accompanies the original service book and a hand book. The vendor describes the car as having a "very good" engine, bodywork, and paintwork, and a "good" interior, and automatic transmission. He reports that the air bag light is currently illuminated and the ventilation system does not function.