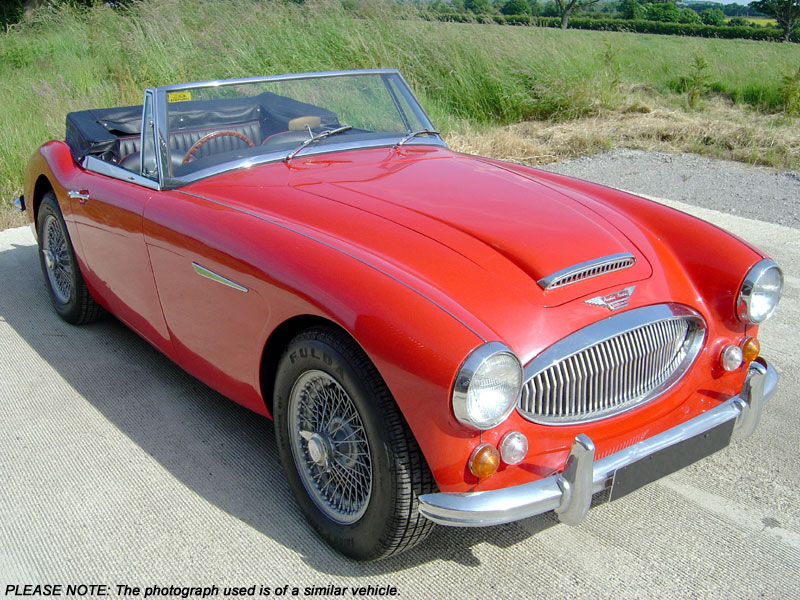 Donald Healey's eponymous company built a prototype two-seater sports car for display at the 1952 London Motor Show. It was based on Austin A90 Atlantic mechanicals and sported a sleek body designed by Gerry Coker and built by Tickford. Not only did the Ice Blue prototype more than impress the public, but also so excited Austin's Managing Director, Leonard Lord, that he struck a deal to build the car in volume at Longbridge. The newcomer was renamed the Austin Healey 100. The rest, as they say, is history. The 'Big' Healey enjoyed steady development with the four-cylinder cars giving way to the 100-Six of 1956, which was replaced by the first of the 3000s in 1959. The final iteration was the 3000 MKIII, which was launched in October 1963 and mildly upgraded (Phase 2) in May the following year. The most powerful and luxurious of all the derivatives, it had lively performance courtesy of its 150bhp straight-six engine and featured such niceties as wind-up windows and a walnut-veneer facia. 3000 production closed at the end of 1967 after 42,926 had been made, 17,712 of which were MKIIIs.

'AHJ 435C' is one of the desirable 3000 MKIII Phase 2 models that was manufactured in 1965 and equipped with the optional overdrive gearbox. Originally a North American specification car, it was repatriated from California a couple of years ago and subsequently treated to an extensive restoration; work that included new floors and sills. It was at this stage the Healey was converted from left to right-hand drive. Various suspension and brake parts have been renewed this year, along with the hood and carpets. The vendor now considers the car to be "a very sound example that's mechanically good in all departments". It is being sold with a fresh MOT.
Share: