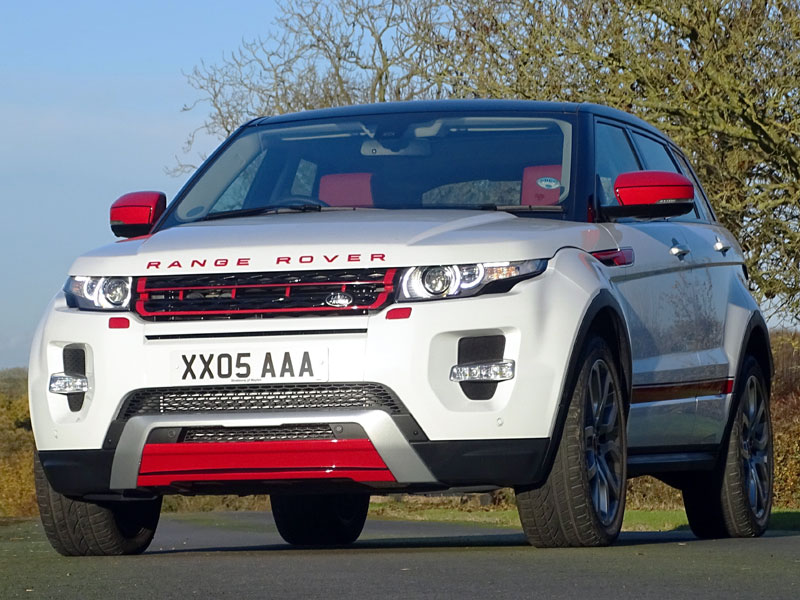 - One owner from new and less than 400 recorded miles

Based around a three- or five-door steel monocoque equipped with all-round independent suspension, four-wheel disc brakes and power assisted rack and pinion steering, the Evoque was voted 'Car of the Year' and 'SUV of the Year' by Auto Express and Top Gear respectively during 2011 (its debut season). Available with a choice of either diesel or petrol power and two- or four-wheel drive, the 'baby' Range Rover featured parent company Land Rover's acclaimed Terrain Response system as standard (electronic stability control, roll stability control and traction control). Powered by a 2-litre DOHC turbocharged engine, the flagship petrol model - the four-wheel drive 2.0 Si4 - was credited with developing 237bhp and 251lbft of torque. Reputedly capable of 0-60mph in 7.1 seconds and 135mph when fitted with six-speed automatic transmission, its outward appearance was enhanced in Dynamic trim by a more aggressive front fascia and lowered suspension.

Offered for sale with clear title by order of the High Court, this particular example has formed part of an extensive London-based private collection since new. Purchased from Stratstone (Mayfair) for £47,164.01, its impressive specification included a heated steering wheel, rear seat entertainment system, Fuji White paintwork, Ebony / Pimento premium leather upholstery, six-speed automatic transmission, Land Rover 5-Year Service Plan and 20in Style 7 Shadow Chrome Alloys. An HPi check reveals that (a) the Range Rover has had no former keepers and (b) it is not recorded on their stolen, finance, security watch or insurance write off databases. Entrusted to Jack Barclay for further colour coding, this handsome Evoque displays less than 400 miles and will hopefully possess its first MOT certificate by the time of sale.