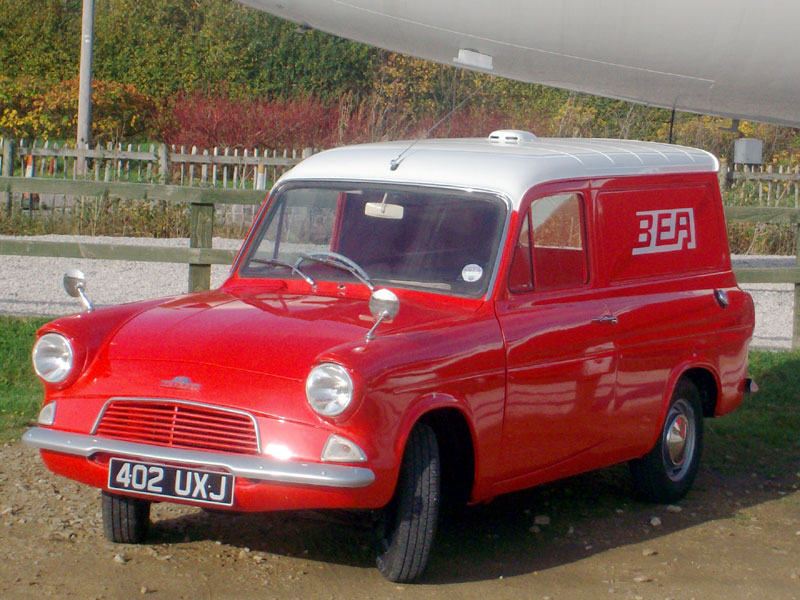 Introduced in June 1961, the Thames 307E Van was clearly derived from parent company Ford's Anglia 105E passenger car. Designed to carry 5cwt or 7cwt loads, the newcomer was powered by a lower compression version of the Anglia's 997cc OHV four-cylinder engine allied to four-speed manual transmission (though, a higher compression unit was optional). Lacking the chromium-plated radiator grille, bumpers and headlamp peaks of the 7cwt model, the 5cwt variant was initially priced at £369. Finished in primer as standard, it was available with a number of extras including a heater, sun-visor and hinged passenger seat. With its handsome looks and generous 61 cu ft load area, the Thames 307E Van was a strong seller. Progressively updated and joined by a larger engined 309E derivative, it remained in production until November 1967 by which time some 205,000 had been sold.

The vendor informs us that since being "restored over a three-year period with professional help" this particular example has won several awards. Treated to "second hand inner wings and new front wings" prior to being given "a bare-metal respray two years ago", the van is also understood to have benefited from "a reconditioned engine with unleaded cylinder head and new gearbox / clutch". With most of its steering and suspension components apparently renewed, the Ford was further enhanced via "a halogen headlamp conversion, Anglia Super-type brakes, re-trimmed Anglia Super seats and new carpet". Summarising the commercial's background, the seller states that "apart from a number plate dealer, it is two-owner vehicle. The second keeper was an upholsterer who used to work for British European Airways (BEA). Previous history has been supplied by the DVLA". Riding on steel wheels and sporting a discreet radio / CD player, this delightful Thames 307E is offered for sale with MOT certificate valid until August 2011.
Share: