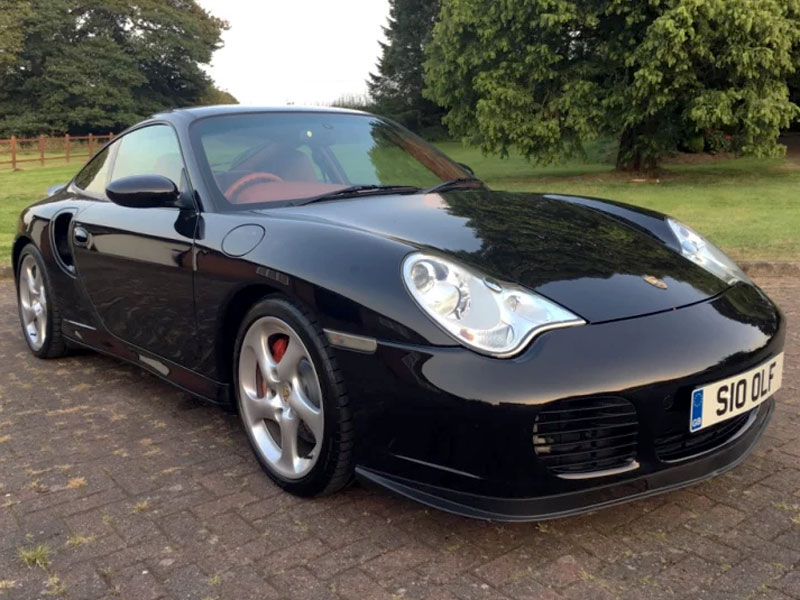 Introduced in 1999, the 996-generation of Porsche's evergreen 911 was styled by Pinky Lai. Boasting a monocoque bodyshell that was some forty-five percent stiffer yet lighter than that of its predecessor, the newcomer also boasted improved aerodynamics and a more ergonomic interior. Perhaps best known for its switch from air- to water-cooling, the 996 was plagued by engine woes. The exception to the rule was the Turbo variant which used an evolution of the Le Mans-winning (and nigh-on bombproof) Metzger flat-six. Displacing some 3.6 litres when fitted to the 996 Turbo, this fearsome powerplant developed a quoted 414bhp and 413lbft of torque. Allied to either six-speed manual or five-speed Tiptronic transmission, it reputedly enabled the 2+2-seater to accelerate from 0-60mph in 3.9 seconds and onto 189mph. With four-wheel drive, Porsche Stability Management and brutally effective four-wheel ABS disc brakes, the flagship 911 was among the very fastest `A-to-B' cars that money could buy. An altogether more brutish looking machine than its normally aspirated siblings, the 996 Turbo sported gaping air intakes to its front bumper, bi-xenon headlights, flared rear wheel arches, 18in alloys and a jutting rear spoiler. A near dynamic match for its 997-generation successor, the 996 Turbo will surely be better appreciated by future generations.

Finished in Black Metallic with Red leather upholstery, this particular example is described by the vendor as being in `excellent' condition with regard to its engine, Tiptronic transmission, electrical equipment, interior trim, bodywork and paintwork. Stated to have covered just 36,500 miles from new, the last of its eight services was apparently carried out on May 10th 2016. Further benefiting from fresh brake discs and pads, the distinctively registered `S10 OLF' is said to `drive superbly'. Worthy of close inspection, this handsome 996 Turbo is offered for sale with key set, book pack, service history and MOT certificate valid until May 2017.