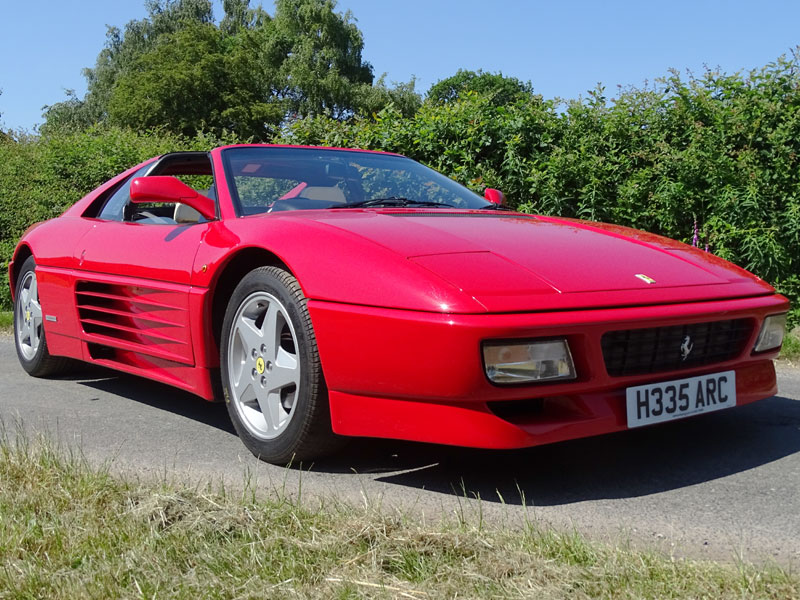 - One of only 261 UK-supplied RHD cars produced

Introduced at the 1989 Frankfurt Motorshow, the Ferrari 348 utilised a robot-welded sheet-steel monocoque that not only broke with Maranello tradition but also brought considerable gains in torsional rigidity and dimensional accuracy. Powered by a longitudinally-mounted, 32-valve 3405cc V8 (300bhp / 238lbft) allied to five-speed manual transmission, the newcomer had need of its all-round independent suspension, ventilated ABS disc brakes, self-locking ZF differential and rack-and-pinion steering. A near performance match for its Testarossa 'big brother' (contemporary road tests spoke of 0-60mph in 5.4 seconds and a 171mph top speed), the 348 could be had in coupe, Targa and eventually spider guises.

This example is one of 1 of 4,228 Targa-roofed TS models produced and was first registered in the UK in early January 1991. The 348 has been in its current ownership since November 2009, and is showing some 22,000 miles. The car is now offered for sale with an MOT until May 2019, and is travelling on five-spoke alloys shod with Pirelli PZero tyres. It was fitted with Scuderia sport pack in 2003 consisting of a Tubi style rear silencer , competition sport pipes , tubi style F1 air filter.