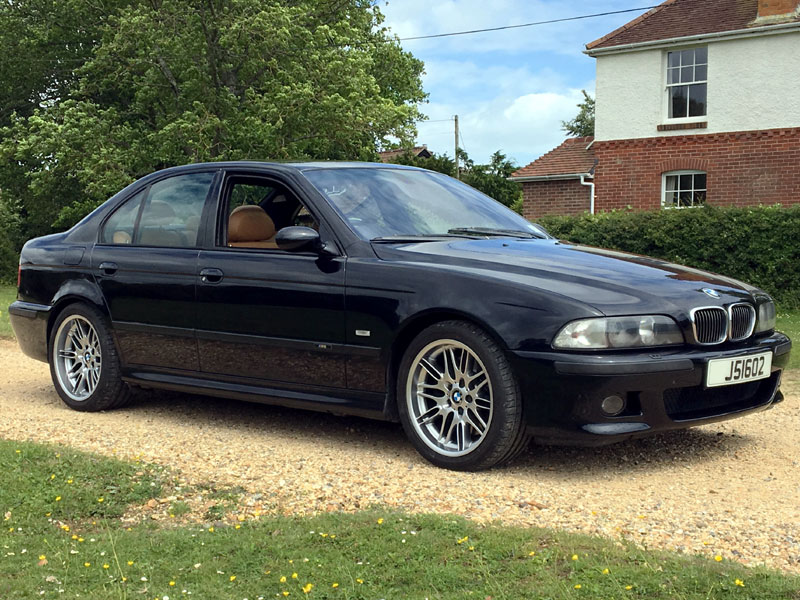 Even by the superlative standards of the BMW M-cars that began with the M1 in 1978, the E39 M5 made from 1998 to 2003 is generally regarded as a standout model. Powered by a rev-hungry 4941cc S62 V8 engine (rated at 394bhp / 369lbft), the super saloon was reputedly capable of 0-60mph in 4.8 seconds and 155mph (limited). RHD European-specification production amounted to just 2,595 cars. The very tidy 2000 model year example offered was first owned by the Scottish international footballer Colin Hendry. Remaining in his care for eight years, it has reportedly had two further keepers since migrating to Jersey. Finished in Carbon Black and trimmed in Tan hide, it comes with an extensive service history (main dealer and local garage) in support of the 72,000 indicated miles, and is considered by the vendor to have 'excellent' bodywork, 'very good' paintwork and interior trim, and 'good' engine and six-speed Getrag manual transmission. The clutch was renewed c.10,000 miles ago and this 'wolf in sheep's clothing' has quite the growl courtesy of an Eisenmann Sports Exhaust (though, the original system accompanies the car). By the time of the sale it will be NOVA Declared with all duties paid.

PLEASE NOTE: The service history which accompanies this lot comprises BMW main dealer service sheets (Inspection I and Inspection II) from 2001, 2004 and 2005 rather than stamps in a book. The vendor has contacted Harry Fairbairn (01592 657800) and been advised that the M5 was serviced by local garages in Jersey on 15th September 2005, 12th September 2006, 17th November 2009 and 6th March 2010. There is no documentary confirmation of the clutch having been replaced circa 10,000 miles ago but the presence of the Eismann sports exhaust is self-evident.

PLEASE NOTE: This lot's current odometer reading is now over 73,300. The vendor informs us that (a) he paid the import VAT on July 12th 2017 and (b) the car should now be registered on the NOVA system.