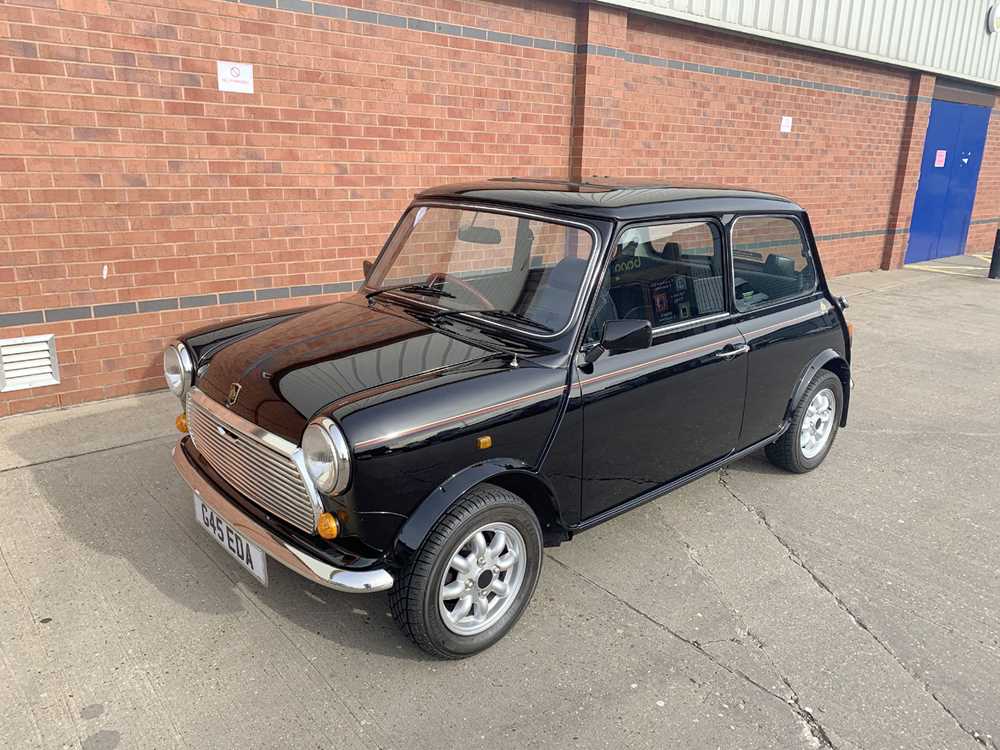 Extremely smart and judged by the seller to be ‘probably the best example of its kind on the market’, ‘G45 EDA’ was the subject of an exacting ‘nut and bolt’ restoration during 2017. The current registered keeper carried out much of the work himself, aside from the bodywork which was professionally refurbished, but even so supporting invoices on file total some £15,000. Pleasingly retaining its original service book, rear window sticker and supplying dealer number plates, the Mini is understood to have covered some 25,000 miles from new; a figure apparently borne out by the accompanying MOT history. Summed-up the seller as ‘a beautiful car that drives superbly’, this museum quality Thirty is offered for sale with the aforementioned invoices, restoration DVD and MOT certificate valid until September 2020.

Introduced in 1989 and based on the popular Mayfair, the limited edition Thirty was created to celebrate three decades of Mini production. Powered by a 998cc version of the ubiquitous A-Series engine, the newcomer could be had in either Cherry Red (2,000) or Black (1,000). Over ninety percent were equipped with four-speed manual gearboxes, while all featured half leather trim with Red piping and rode on Minilite-style wheels.