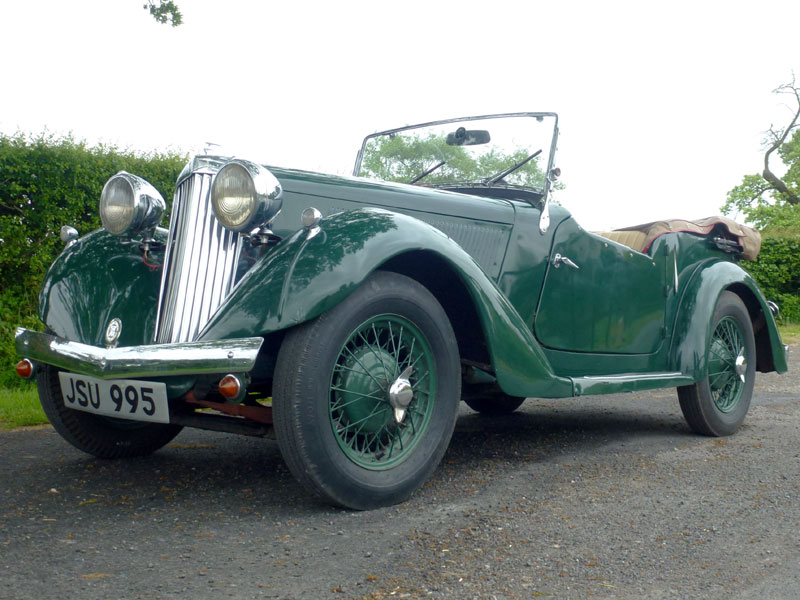 Introduced in 1936, the Clement Talbot 10hp was promoted as 'Britain's Most Exclusive Light Car'. A product of the Rootes Group, the newcomer was based on a modified Hillman Aero Minx chassis.

The Clément-Talbot and then the Sunbeam Motor Car Company businesses fell into the hands of Rootes in 1935, and the new owner's strategy was clearly to use the prestige of the Talbot name for selling larger numbers of lower priced cars than hitherto. This Rootes' Talbot Ten was one of the first products of the Rootes strategy intended to open Talbot's planned shift down-market and add a genuinely small car to the proposed range. A star of the 1936 Motor Show it was a lengthened Hillman Aero Minx with a stronger chassis all updated at short notice by Talbot's Georges Roesch and rebadged and so another variant of the existing middle market saloon, the Hillman Minx. Reviewers described the car as an attractive refined and well-equipped small car

The following information was provided by the vendor :

" I acquired this car as part of a debt owed to me, a complete car but in poor condition. Shortly after buying it I got a phone call from a man who claimed it was his; the vendor had sold it twice! As I had a valid receipt it remained with me.
It was sent to Pridecrafts in Hull, a firm which had restored our Invicta low chassis 4.5 and done a good job.
My Talbot was a bottoms up job and a much harder task , but it arrived back in Bramhall in 1988. I remember it well because my young daughter came with me and we stopped for tea at the famous Cavendish Hotel in Chatsworth.
It still needed much work. The wheels needed to be properly done so it wasn't getting punctures all the time and the carburettor system was a kind of suction device which mal-functioned on hills! It now has a fairly modern SU type. Some electrical modifications had to be done also.
I was very busy in business so sadly she wasn't used a lot until I retired in 2005.
One of the things you notice as a post war driver is modern drivers have little or no respect for the age of the car, so I fitted period type trafficators, as the originals can't be seen. Also brake lights.
We have enjoyed many days out since in the Derbyshire hills, around Buxton, Wildboarclough, and the surrounding area.
Then disaster struck! We went on a club rally to Burnley, September 2016 where we had the most fantastic week-end. Along with many other owners, we had problems, mine being the radiator which had to be filled up continually, so on our return she went into sick bay. After spending some time at Trevor Farringdon in Knutsford she went to a club officer in Derbyshire who fitted a replacement engine and clutch. She is still running in, drives well and is a pleasure to drive "