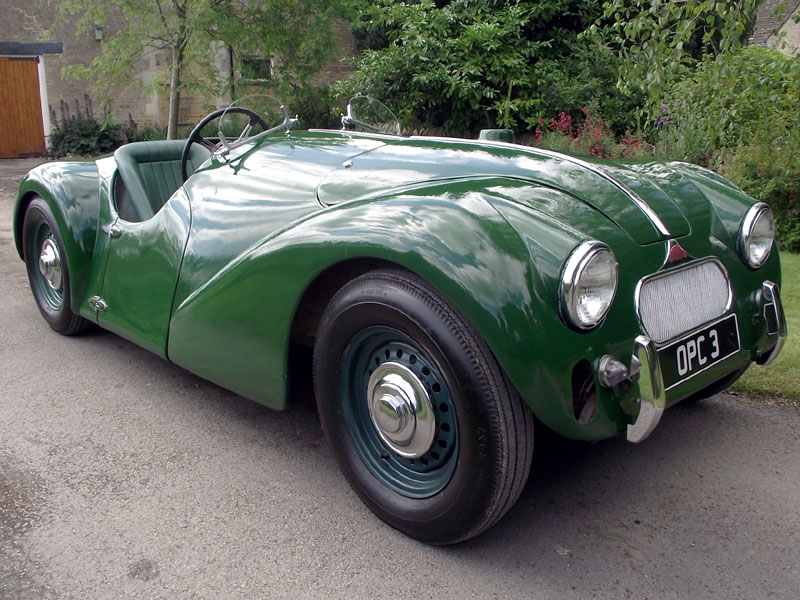 One of only six (three prototypes and three production cars) Connaught L2 sports cars made, chassis No.7048 was built to the requirements of Ken Downing in time to contest the 1950 season. It came with two bodies - the company's standard all-enveloping one and a one-off lightweight cycle-wing design for competition work.

At his own admission, by shortening the stroke of the company's 1767cc Lea Francis engine, Connaught provided him with 'the most potent car in the 1500cc class'. And, though there were teething problems that first year, his impressive 1951 results of 15 1sts, 11 other placings and just three retirements were proudly advertised in Autosport and other publications by Connaught at the end of that season. The L2s title then passed in fairly quick succession to William Wadsworth, Kathleen Gibson and RAF officer John Woods, who purchased it from Archie Scott Brown's garage in Cambridge in 1958. However, within a year he was posted to Australia, so sold it back to the garage, only to buy it for a second time on his return to the UK. The engine had, though, been damaged in his absence and it was at this stage it was replaced by the current 2496cc unit. It was in this form 'OPC 3' was exported to Canada when Woods emigrated there in 1971, which is where it remained until gifted to his nephew Jonathon Hibbins in 2005.

On repatriating the Connaught, Hibbins set about a major mechanical restoration that included a thorough overhaul of the engine and gearbox, replacement clutch etc. Now, finished in its correct livery of British Racing Green bodywork and Green leathercloth interior, this highly significant racing car is being offered for the first time in almost 60 years, complete with: extensive history file containing the original buff log book, period correspondence, photos of the restoration etc. A unique opportunity.