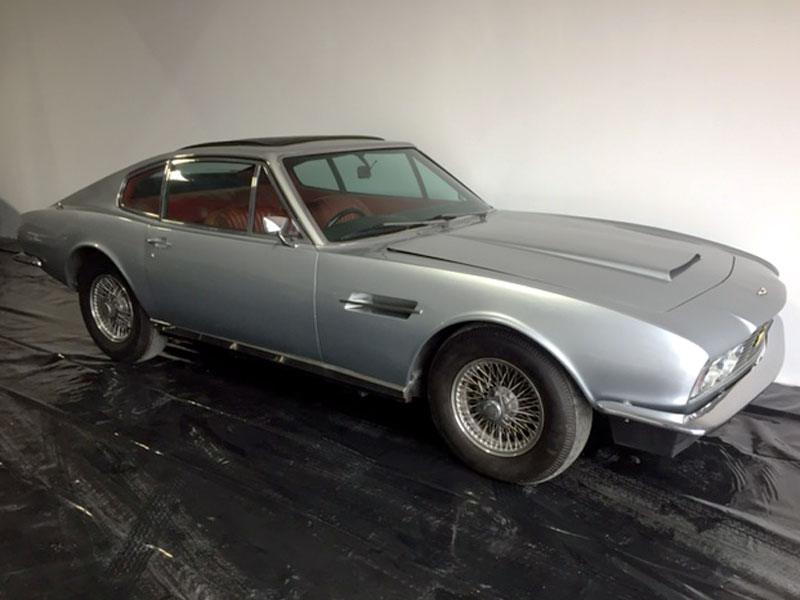 Introduced at the October 1967 Motor Show, the DBS broke important new ground for Aston Martin. Although similar to that of the concurrent DB6, its steel platform chassis used a longer wheelbase, repositioned front crossmember and wider track to arrive at perfect 50:50 weight distribution. Further enhanced by the adoption of de Dion rear suspension located via a Watts linkage and with standardised power steering, the newcomer was widely praised for its polished ride and handling. Styled in-house by William Towns, with clear transatlantic and Italianate overtones, the aluminium-bodied four-seater exuded a road presence that few rivals caught in its quad headlights could match. Although intended to be the first V8-powered Aston, a series of teething troubles with the new powerplant meant that the DBS went into production with the proven Tide Marek-designed 3995cc DOHC straight-six. Credited with developing 282bhp and 288lbft (or 325bhp and 290lbft in Vantage tune wearing three Webers), this legendary powerplant was allied to either five-speed manual or three-speed automatic transmission.

We are informed this Silver / Grey automatic transmission example with Red interior had just two previous owners, the car coming with a good amount of history dating from the 1980s onwards. Understood to be running but offered without a current MoT, STD 971S is described by the vendor as being a good candidate for restoration, the odometer currently registering a low c.62,000 miles. Invoices for over £20,000 together and over thirty expired MoT certificates are also understood to accompany the car. Astons remain a solid investment and values for the 6-cylinder DBs have risen along with those of the V8 engined models making this an attractive project to undertake.