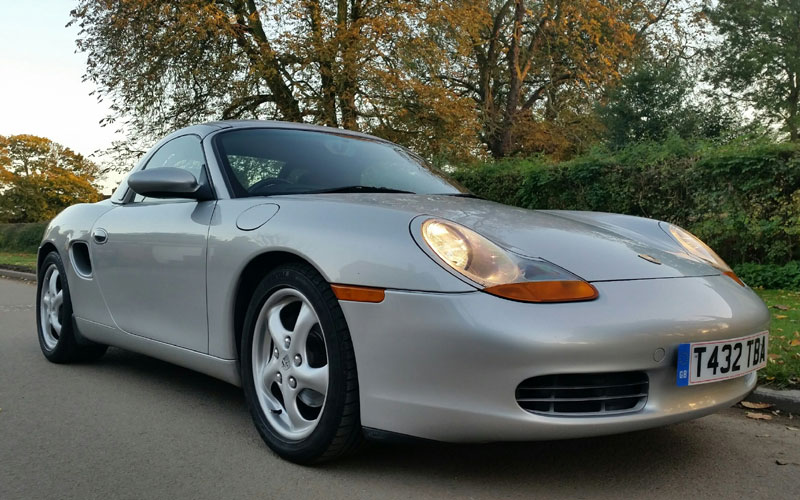 
The chic two-seater Boxster was unveiled in late 1996 and was the first road-going Porsche since the 550 Spyder to be designed from scratch as a Roadster. It was penned by Dutch designer Harm Lagaay, who was also primarily responsible for the 968, 993, Cayenne, 996 and Carrera GT. The Boxster sobriquet was a contraction of 'boxer-engined roadster' - the newcomer being a convertible with water-cooled flat-six engine mounted amid-ships. At launch it was 2.5-litres in capacity, though increased to 2.7-litres in 2000. Its M96 engine was directly related to that in the 996, and the newcomer also shared that car's bonnet, front wings and headlights. Suspension was independent all round by MacPherson struts and coil springs, braking by power-assisted ventilated discs and steering by rack and pinion. The very tidy-looking 2.5-litre Boxster on offer was supplied new by the Stratstone Porsche Centre, Wilmslow in June 1999. It is a manual gearbox example that features Silver bodywork matched to a Black leather interior and comes complete with: colour-keyed hardtop, comprehensive service record from 2000 to January 2013 and 30,823 miles (the odometer now registers 34,505 miles), and an MOT that's valid to September 28 next year and is free of advisories.