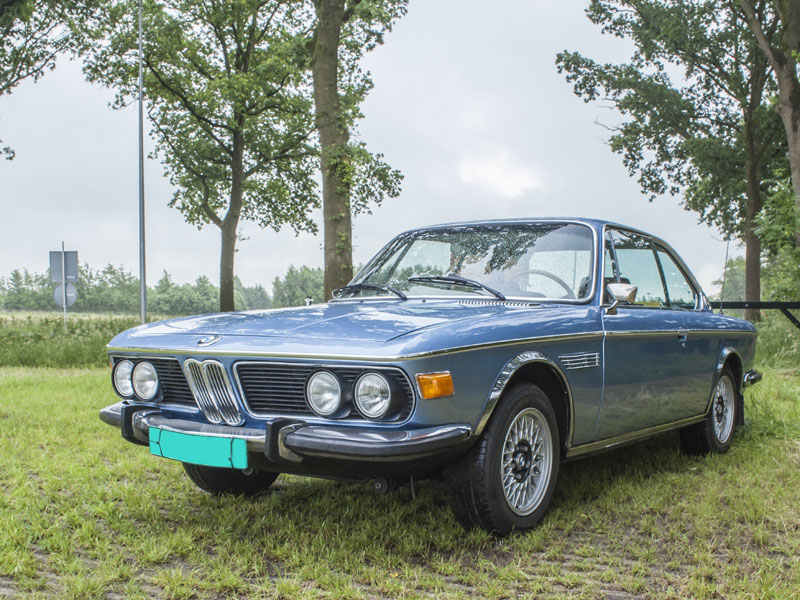 BMW's so called 'New Class' compact Saloons and Coupes manufactured between 1962 and 1975 quite simply saved the company from extinction. Introduced in 1965, the 2000C and 2000CS Coupes featured distinctive-looking Karmann-built bodies and luxurious interiors and, having set a trend, were superseded in 1968 by the first of the E9 Coupes - the 2800CS. The length and wheelbase of the newcomer were extended to accommodate the 2788cc straight-six engine from the E3 Saloon, and the nose of the Karmann monocoque body was restyled to echo that of its four-door sibling.

The fully independent suspension was by MacPherson struts up front and semi-trailing arms at the rear. Braking was still by disc/drums and the steering by a power-assisted ball and nut system. The 2800CS was supplanted by the 3.0CS and 3.0CSi in 1971, for which the engine was bored out to give a capacity of 2986cc. In CS guise, the silky-smooth six-cylinder engine had an output of 180bhp, which was sufficient to rush the handsome Coupe to 60mph in 7.9 seconds and on to a top speed of over 120mph. The average fuel consumption was quoted as 21mpg. Production ran from 1971 to 1975, during which a total of 4,455 CSs vacated the production line, all of which were equipped with left-hand drive.

The 3.0CS now offered was manufactured in 1972 and is finished in the attractive combination of Light Metallic Blue paintwork and Black leather interior trim. It currently displays a notably low but unwarranted 24,000 kilometres and, following a respray as recently as this year, is considered by the vendor to have 'very good' paintwork, and 'good' bodywork, interior trim, straight-six engine and three-speed automatic transmission. This desirable BMW was recently featured in a Dutch motoring journal and comes equipped with factory-fitted sunroof.