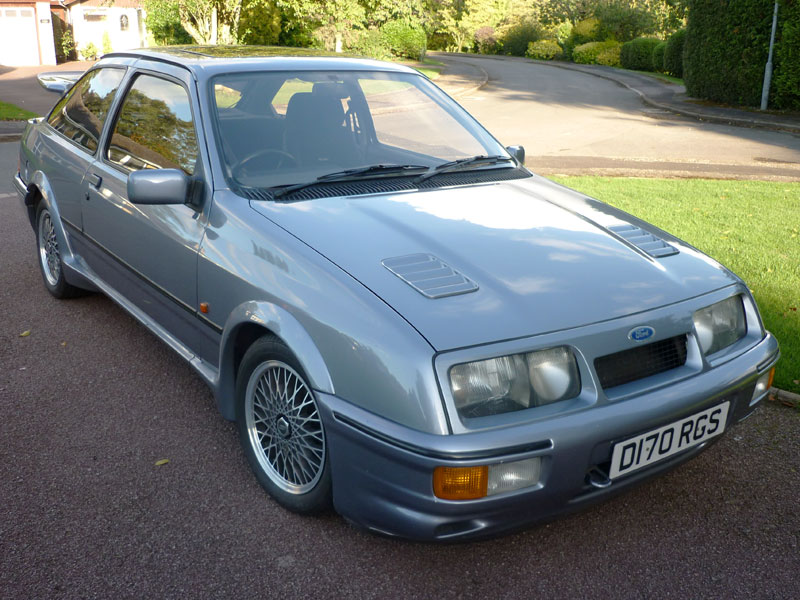 - Finished in Moonstone Blue with a current MOT into January 2016

The RS Cosworth was conceived to gain Group A touring car homologation, but was utlimately also employed for rallying. Finished in Moonstone Blue 'D170 RGS' is a genuine low owner example that was purchased by the vendor from Ford dealer Perrys of Aylesbury in December 1987. It was initially registered to his company and then to him personally in March 1994. The Cossie was dry stored from October 2002 until December last year, at which point it was recommissioned and is currently considered by the vendor to have 'excellent' righthand drive bodywork and Moonstone Blue paintwork, and 'very good' turbo engine, manual transmission and cloth interior trim. The fast Ford is now offered complete with stainless steel exhaust system, original owners' manuals and service book, and a collection of old invoices and MOTs; plus one valid to January 4 next year. The mileage stands at 57,706. A unique opportunity for the many Sierra Cosworth fans everywhere.