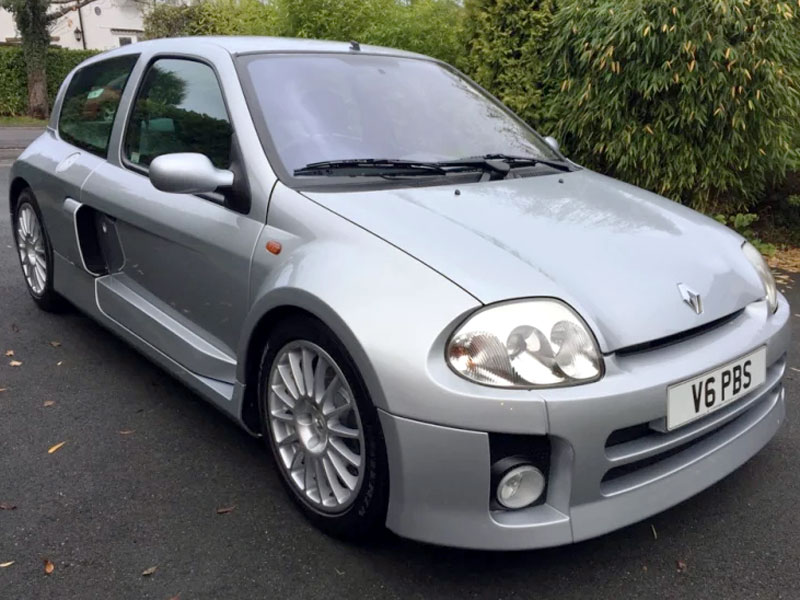 'The Clio hasn't really needed the ebbing of time and the production of newer models to emerge as an icon; it was clear from the outset just how special this car was, as a story Peter Dron told makes clear: when the V6 was in development, VW heard whispers that Renault was making a 3-litre Clio. So, not to be outdone, the Germans went flat out to produce a Lupo that would also consume just 3 litres of fuel per 100km . . .' (EVO Magazine, January 2009)

Harking back to the similarly configured Renault 5 Turbo homologation specials of the 1980s, the Renault Clio V6 Renault Sport was introduced in 2001. Based on an extensively reworked three-door Clio bodyshell, the transformation from front-engined, front-wheel drive hatchback to mid-engined, rear-wheel drive quasi-coupe was less than straightforward. Built by Tom Walkinshaw Racing, the Phase 1 variant provided thrills aplenty but was not known for its forgiving nature. Powered by a 2946cc V6 (227bhp / 220lbft) allied to six-speed manual transmission, the two-seater could reputedly sprint from 0-60mph in 6.2 seconds and onto 146mph. According to www.V6clio.net a total of 1,513 Phase 1s were made, 256 of which were produced for the UK market and all but 33 of those were, like the sale car, finished in Iceberg Silver.

Rated by the vendor as 'very good' (bodywork, paintwork, Blue leather / suede upholstery) or 'excellent' (engine, gearbox, electrical equipment), 'V6 PBS' is further understood to have had just one previous keeper and to have covered just 42,000 miles from new. Treated to a new cambelt and water pump as part of its seventh documented service which was carried out on 12th February 2016 at 41,758 miles, this increasingly collectible Clio V6 is offered for sale with book pack, two keys and MOT certificate valid until May 2017.