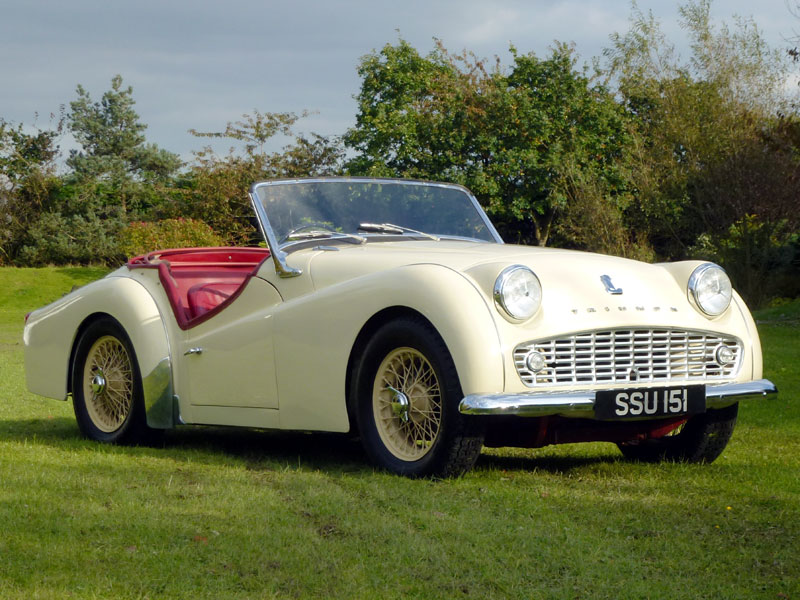 This 1958 TR3A features Primrose-coloured bodywork complemented by Red interior trim. 'SSU 151' has been the subject of a body-off chassis restoration, during which it was treated to new wire wheels, fresh leather upholstery throughout and an unleaded cylinder head conversion. The vendor currently views the bodywork, interior trim, 1991cc four-cylinder engine and the four-speed manual gearbox as "good". The Triumph's MOT lasts until October 2013.