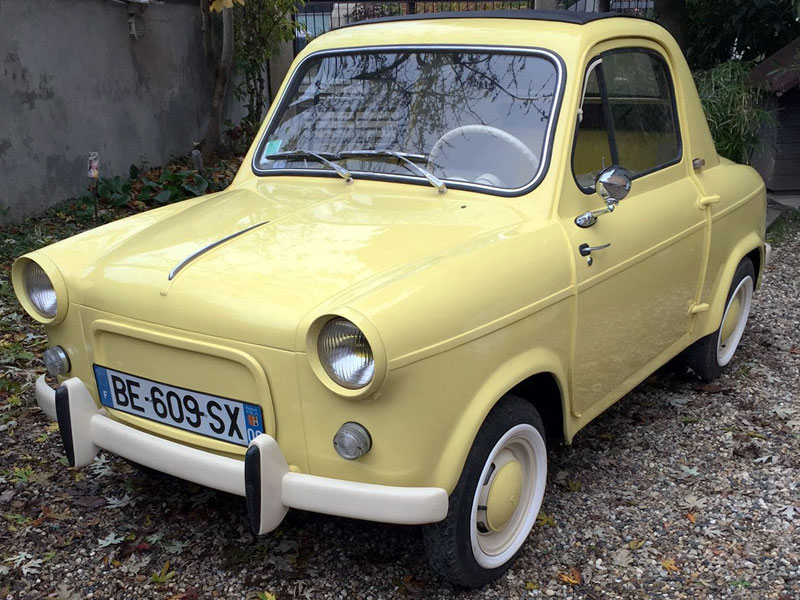 The Vespa 400 was a small car built in Fourchambault, France, in relatively small numbers between 1957 and 1961. It had been designed by the Italian Piaggio company that produced the Vespa scooter, and looked very similar to the Autobianchi Bianchina Trasformabile. The engine was a 393cc rear-mounted two cylinder air cooled two-stroke unit that was mated to a three or four speed gearbox. This brightly hued version was restored in 2015 and will be imported from Italy for the sale. Wearing French registration plates, it is easy to imagine it parked beside a harbour in the South of France with its roll-back roof revealing the yellow and white vinyl interior. It is described by the vendor as being in "very good" condition in all respects, and must represent a very unusual opportunity for collectors and enthusiasts of the Vespa marque and small fun cars to acquire such a rare and characterful car.