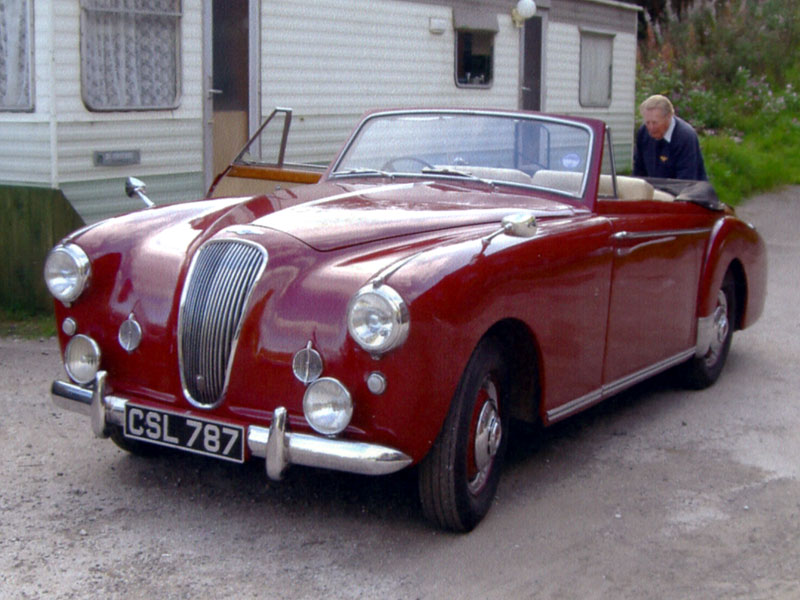 This 1955 one is finished in Maroon and trimmed in Beige leather. Its first keeper is understood to have been G.E. Bissell & Co, following which it was acquired by another company before heading to Sweden in 1974. It was from there that the vendor purchased `CSL 787' in 2000. It has subsequently been treated to a considerable degree of mechanical work, including a thorough engine overhaul by Headshop - the vendor now regards the unit as "excellent". He describes the car's bodywork as "straight and dent free", the paintwork as "average but rather dull", the trim as "well used" and the manual gearbox as "okay". This rare Lagonda currently displays an unwarranted 33,258 miles and is MOT'd until April 2013.