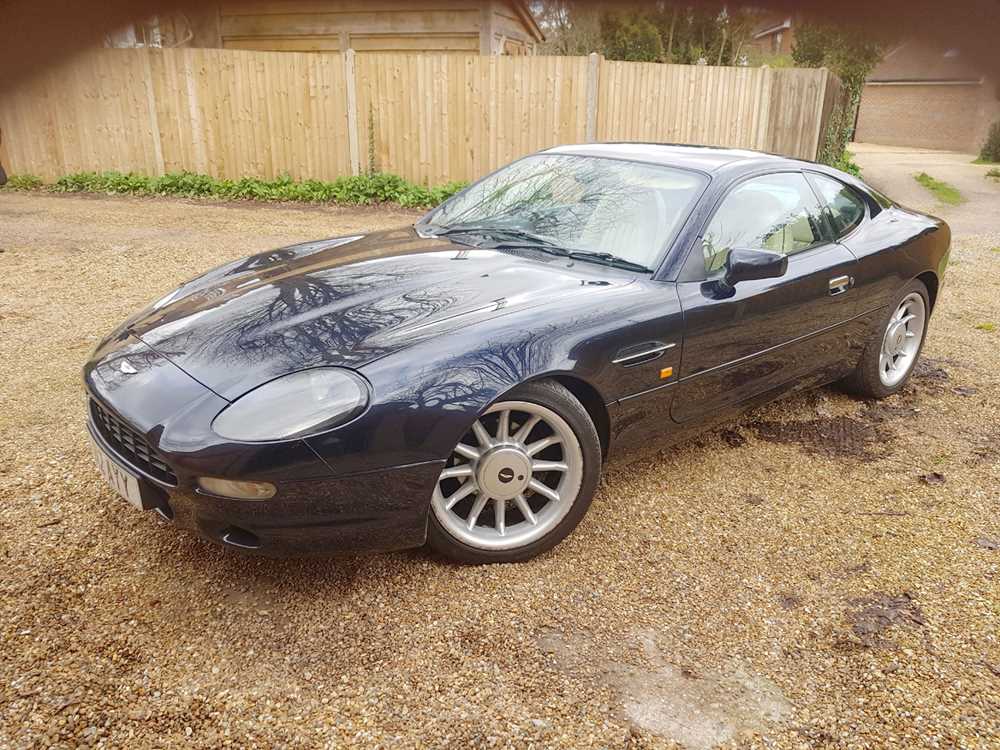 Styled by Ian Callum, the DB7 has long been regarded as a modern masterpiece. Priced at circa £80,000 the six-cylinder coupe remained current until 1999 by which time some 1,578 had been sold. Finished in Mendip Blue with Cream leather, this DB7 Automatic was sold to its first owner in 1997 costing £84,950. In 2003 the car passed through the hands of Aston Martin in Mayfair before it was acquired by the vendor in 2011. In his hands some 20,000 miles have been covered and the mileage currently stands at c.103,600. The vendor advises it is accompanied by a detailed service history including invoices and receipts for c.£14,000 during his ownership. New timing chains were fitted approximately two and a half years ago, and the car has a tracker and anti-theft device fitted. The current cherished registration is included in the sale. The vendor rates the bodywork, paintwork, engine, transmission and interior as all being in “very good” condition. Benefiting from air-conditioning, electric seats and CD/radio it is accompanied by its service and book pack along with a current MoT to February 2021.