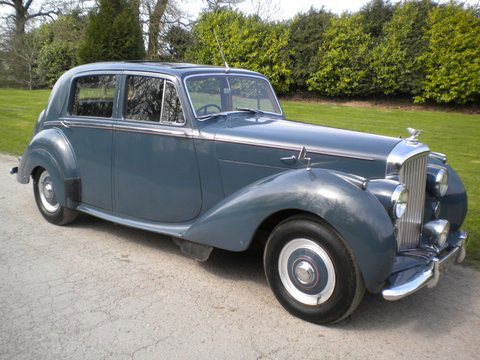 - Recent marque specialists fettling at a cost of c.£3,000

- Accompanied by its green log book and 87,000 recorded miles

The quality of early post-war Bentley Saloons has arguably yet to be fully reflected in their market value. This apparently very original example was acquired by the vendor at a 1980 Victoria & Co auction, at which time it was reportedly described as `exceptional', having been recently restored as required. `LGC 846' has subsequently been garaged and treated to the occasional light run. In April of this year it was entrusted to Century Classics of Hungerford who, among other things, overhauled the cylinder head, had the radiator restored with an uprated core, and rechromed the brightwork. The vendor now describes the Grey bodywork and leather interior trim as being `very good and original', the paintwork as having `some microblistering', the straight-six engine as `good' and the transmission as having `a noisy first gear'. The Bentley is being sold complete with a continuation logbook from the `60s, an old V5, and the recent Century Classics invoice.
Share: