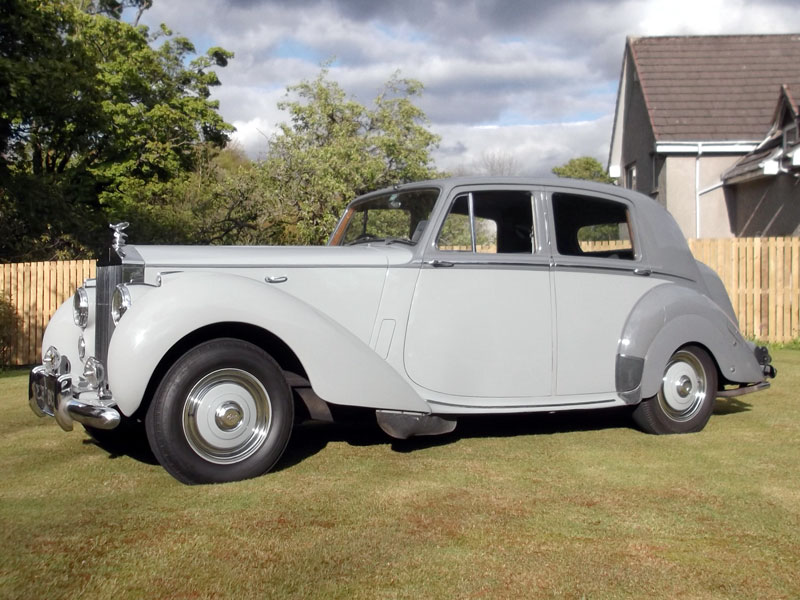 Unveiled in 1949, the Silver Dawn had the distinction of being the first Rolls-Royce to be offered with a factory-built body, which it shared (along with the chassis) with its MKVI Bentley sibling. The newcomer was initially powered by a 4257cc version of the company's straight-six engine, but this was increased to 4566cc during 1951. The unit was mated to either a manual or automatic gearbox - both four-speed. Suspension was independent at the front and by live axle on semi-elliptic leaves at the rear. Braking was by servo-assisted drums all-round. A total of just 481 Silver Dawns had been manufactured by the time the model was supplanted by the Silver Cloud.

This right-hand drive Silver Dawn from 1951 resided with a doctor in Africa until repatriated to Taunton by his daughter in 1971. Having been serviced by Walker's Garage of Woking, it was then purchased by them in 2005. The vendor regards 'BCG 205' as a "wonderful rust free original example" with "lovely" bodywork, two-tone Grey paintwork and Grey interior trim, and "A1" engine and transmission. £6,000 has apparently been invested in the refurbishment of the front wings and the Rolls (reportedly known as 'Mary's car' in RREC circles) is now offered complete with history files and an MOT into August.

PLEASE NOTE: This vehicle has an MOT until October 2012.
Share this page: