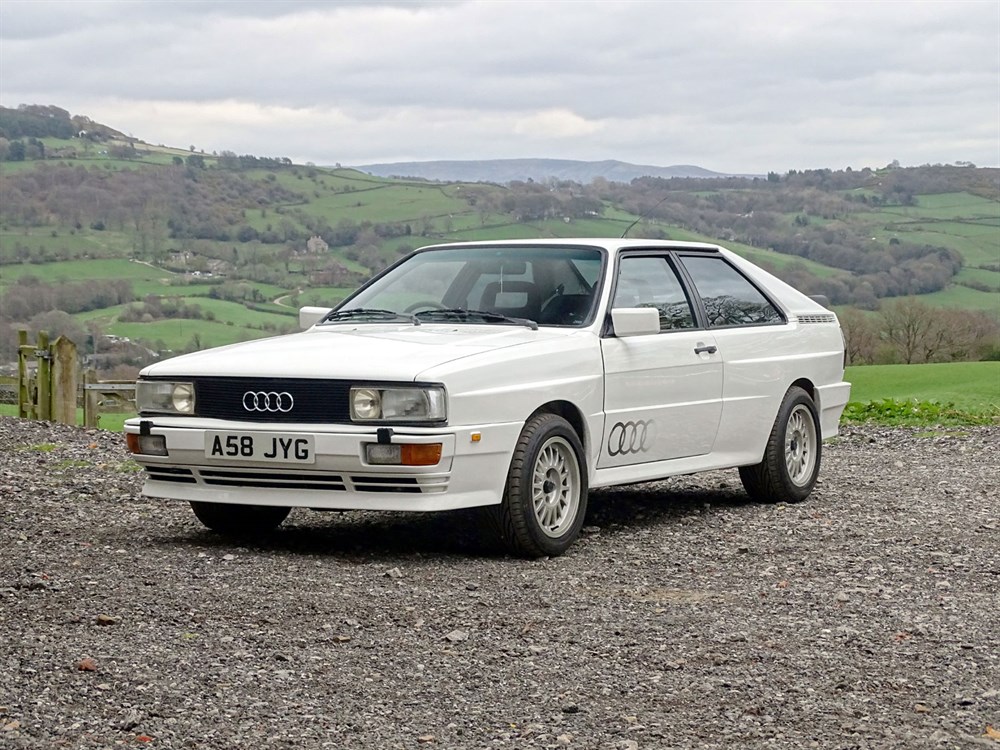 The result of a long search by the vendor to find a solid Quattro Turbo with good history, 'A58 JYG' is only being offered for sale to help fund an over budget building project. Supplied new by Massingbred Ltd of Harrogate to Peter Djal Ltd and resident in Northern Ireland for two decades, the Audi was entrusted to MC Autos of Stockport, near Manchester during August 2018 for a thorough service / recommissioning. As well as attention to its suspension and brakes, the Coupe was treated to a new ignition amp, second hand 'dizzy' unit, reconditioned metering head and five new injectors etc. Returning to MC Autos two months later, the Quattro benefited from a new timing belt and auxiliary belts not to mention repairs to its original and notably well preserved Brown and Green cloth upholstery, new bulbs and fresh Toyo Proxes 225/50R15 tyres. The work cost over £4,200 and was completed a few hundred miles ago. Starting readily upon inspection, 'A58 JYG' is accompanied by its original stamped service book, MOTs back to 1987, service invoices back to 1988 and a current 'no advisories' MOT certificate valid until 20th March 2020.

Introduced at the March 1980 Geneva Motor Show, the Audi Quattro Turbo was destined to revolutionise the faces of both international rallying and high-speed motoring. Based around a two-door monocoque bodyshell equipped with all-round independent suspension, four-wheel disc brakes and rack and pinion steering, its permanent all-wheel drive system was famously derived from that of the VW Iltis utility vehicle. Powered by a turbocharged five-cylinder engine, the model's speed, poise and agility netted Audi two drivers' (1982, 1984) and two constructors' titles (1983, 1984) in the World Rally Championship. Progressively enhanced during an eleven-year production life, the Quattro Turbo merited its own dedicated production line in Hall N2 of Audi's Ingolstadt plant (each hand-built car undergoing a gruelling multi-point inspection before being signed off). Phased in during October 1982, the first right-hand drive cars boasted a 'WR' code DOHC 2144cc powerplant that developed some 200bhp and 210lbft of torque. Sporting single lens Cibie headlamps, they were reputedly capable of 0-60mph in 6.5 seconds and 137mph. Rarer and more expensive than subsequent rally champions such as the Lancia Delta Integrale and Subaru Impreza WRX, just 11,452 examples of the original (or 'Ur') Quattro Turbo were made.
Share: