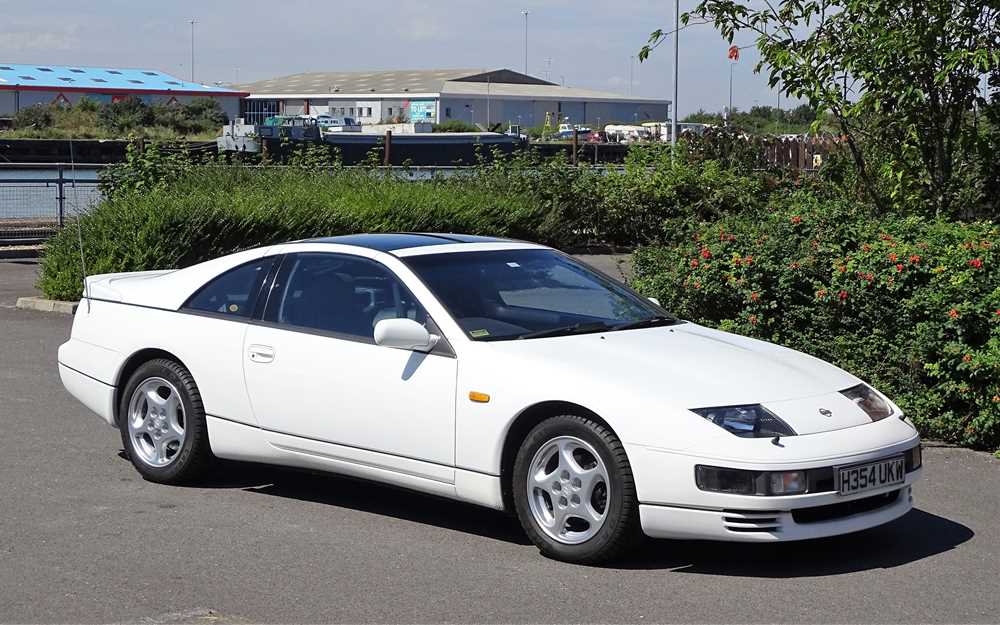 The best Z32 we have encountered, ‘H354 UKW’ has had just one registered keeper and covered a mere 34,500 miles from new. The accompanying vehicle order form shows that supplying dealer, D.C. Cook of Worksop, took a 1988 Porsche 944 Lux in part exchange against the Nissan’s £26,500 list price. Fitted with a quad tailpipe sports exhaust very early on, the 300 ZX is otherwise thought to be to standard specification throughout. Pleasingly retaining its original titanium ignition key, the 2+2-seater also comes with its factory tools and targa roof panel stowage covers. As a garage owner, the registered keeper performed most of the maintenance work on ‘H354 UKW’ himself. Though, he did entrust Nissan dealer Dixon Motor Holdings Ltd of Grimsby with changing the cambelt circa 1,500 miles ago. More recent invoices on file from 2011 reveal that the Z32 has also benefited from a fresh clutch and flywheel plus replacement Brembo disc brakes (x4). Kept garaged and babied throughout its life, a handwritten note on a bill from when the 300ZX was a few months’ old is telling: ‘my father scratched left hand front wing (p.s. I feel sick!)’. According to howmanyleft.co.uk there are just 109 1991 Nissan 300ZX Turbos currently known to the DVLA. We would be surprised if any were as well preserved as ‘H354 UKW’

Introduced in 1989, the Z32 version of Nissan’s 300 ZX sportscar was among the first production machines to be designed with the assistance of a Cray-2 supercomputer. Altogether faster and more capable than its Z31 predecessor, the newcomer was equipped with all round independent suspension, power assisted rack and pinion steering and vented disc brakes. Powered by a 2960cc DOHC V6 engine with variable valve timing in either normally aspirated or turbocharged guises, the Z32 could also be had with a choice of five-speed manual or four-speed automatic transmission. The range-topping twin-turbo model was credited with developing 276bhp and 274lbft of torque. Reputedly capable of 0-60mph in 5.6 seconds and 155mph, it also boasted dual mode adjustable suspension and four-wheel steering. Praised by the contemporary motoring press for its supercar-baiting performance and handling, the force-fed Nissan appeared in Car and Driver magazine’s ‘Ten Best’ list for seven years straight and was listed by GQ magazine as one of the most stylish cars of the last fifty years in 2010. Although in production for eleven years (1989-2000), the Z32 was only officially imported to Great Britain from 1990-1994. As such, it is now easier to find a Japanese import than a UK supplied example. Long a favourite with the tuning fraternity, the number of unmodified 300ZXs has similarly dwindled in recent years.

PLEASE NOTE: This lot passed a MOT test on 17th August 2020 with 'no advisories'