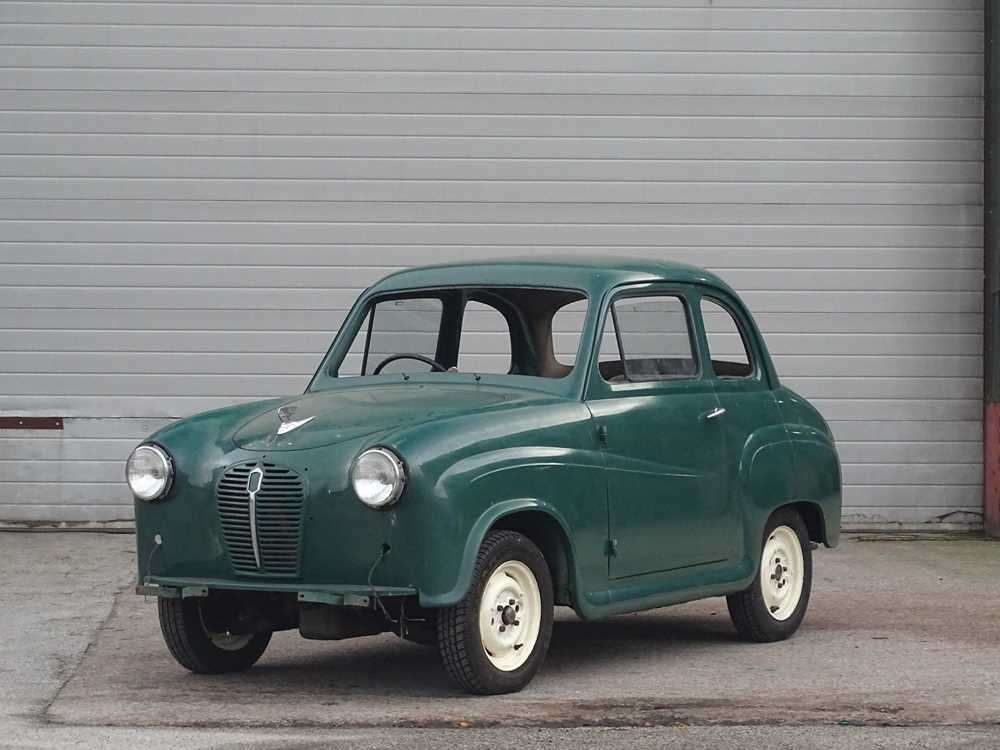 Introduced in 1956, it replaced the highly successful Austin A30. The name reflected the larger and more powerful 34 hp (25 kW) A-Series inline-four engine, enabling a slightly higher top speed and better acceleration. The A35 is very similar in appearance to the A30, except for a larger rear window aperture and a painted front grille, with chrome horse-shoe surround, instead of the chrome grille on the A30. Both have 13 in (330 mm) wheels. The semaphore turn-signal indicators were replaced with modern front- and rear-mounted flashing lights. A slightly easier-to-operate remote-control gear-change was provided. Much of the improved performance is a result of different gearbox ratios. The A30 has the first three ratios close together then a big gap to top (fourth gear). The A35's ratios are better spaced and give a higher speed in third gear. Like the A30, the A35 was offered as a two- or four-door saloon and two-door "Countryman" estate and also as a van. The latter model continued in production through to 1968.[3] A rare coupe utility (pickup) version was also produced in 1956, with just 477 sold. Drawings were made for a sports tourer, but no prototype was built. The A35 passenger cars were replaced by the new body shape A40 Farina models in 1959 but the estate car version continued until 1962 and van until 1968.