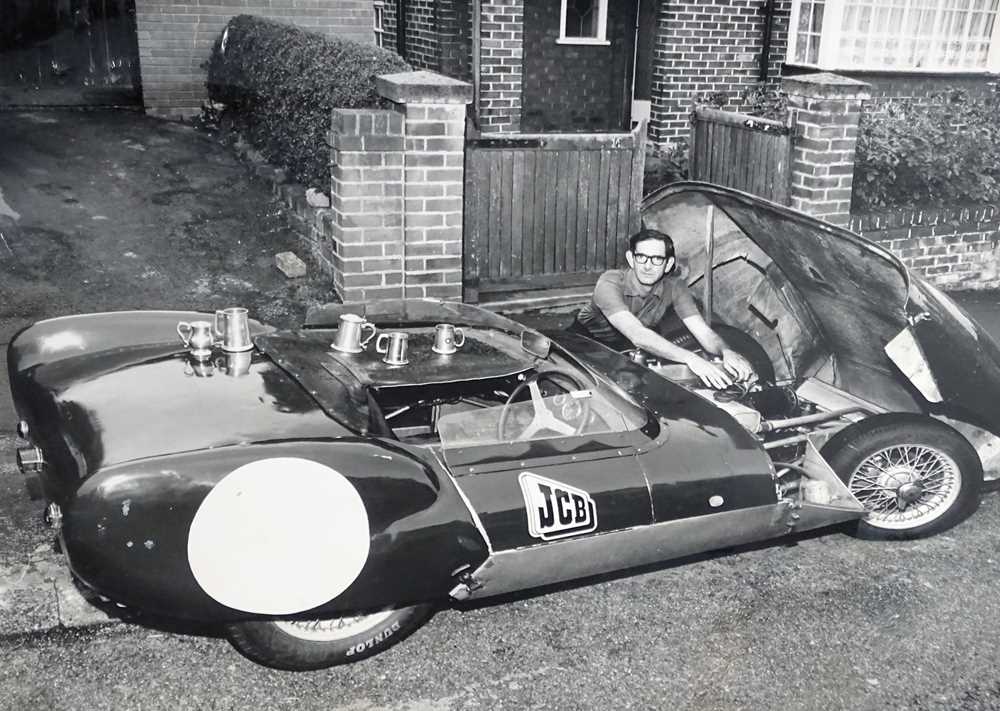 Acquired by James Edward Puddephatt of Inkberrow, Worcs in November 1969, the Lotus then passed to Peter Cranage before being bought by the late Terry Harrison and his friend Mike Offley two years later (Mike was Terry’s most frequent driver during their days rallying Mini Cooper S and Ford Escort Twin-Cam cars etc). A handwritten receipt on file confirms that the Eleven changed hands for £715.

Known to the Historic Lotus Register for over four decades, it is possible that further research by its members will unearth a factory identity for this wonderful old warhorse. Loosely assembled for photography purposes and still wearing stickers from the JCB championship, the Eleven comes with a wealth of paperwork including bills from the late 1960s / early 1970s, race entry paperwork and general model information.

H&H are indebted to Lotus historian and author of 'Lotus - The Historic Years 1956-1958, The History of the Lotus Eleven' for the following email he has kindly sent us:

Further to my E Mail of Lotus Eleven 11-534 I also looked at your sale details for Lotus Eleven 11-204. This is very interesting and I recall it when it was racing in the Lloyds & Scottish Historic Races in 1972-75.

This particular Chassis number was bought by Ed Freutel of Los Angeles and was shared in races in USA with Frank Monise. It was in fact the first Lotus Eleven on the West Coast of America. It was crashed by Monise at the Third Paramount Meeting in 1957. It was apparently rebuilt as the last time I saw this car was at Monterey in 2004.

Looking at your 11-204, this is undoubtedly a genuine Lotus Eleven with an racing history dating back to 1971. The ex-Jabby Crombac engine FWA 6577 was in his 11-152 and then transferred to the ex-750cc Le Mans Lotus Eleven 11-519 in 1958, which still exists in Australia, obviously with a different engine.

The Green Log Book OVB 7 F dates from August 1967 and is obviously a re-registration as Lotus Eleven 204 would date from May-July 1956. It was not uncommon to re-register an ex-racing Lotus Eleven with no road registration number later in its life. I did exactly the same in 1965 with my Lotus 11GT to sell it, and only discovered the original registration document some 10 years later!

Quite why 204 was chosen in this re-registration or where NW comes from is a mystery. However, the car can obviously still be identified by this 1967 registration number and documentation, but it is not the original 11-204. Does the car have HSCC paperwork which it probably had for the Lloyds & Scottish Historic racing in the 1970s?