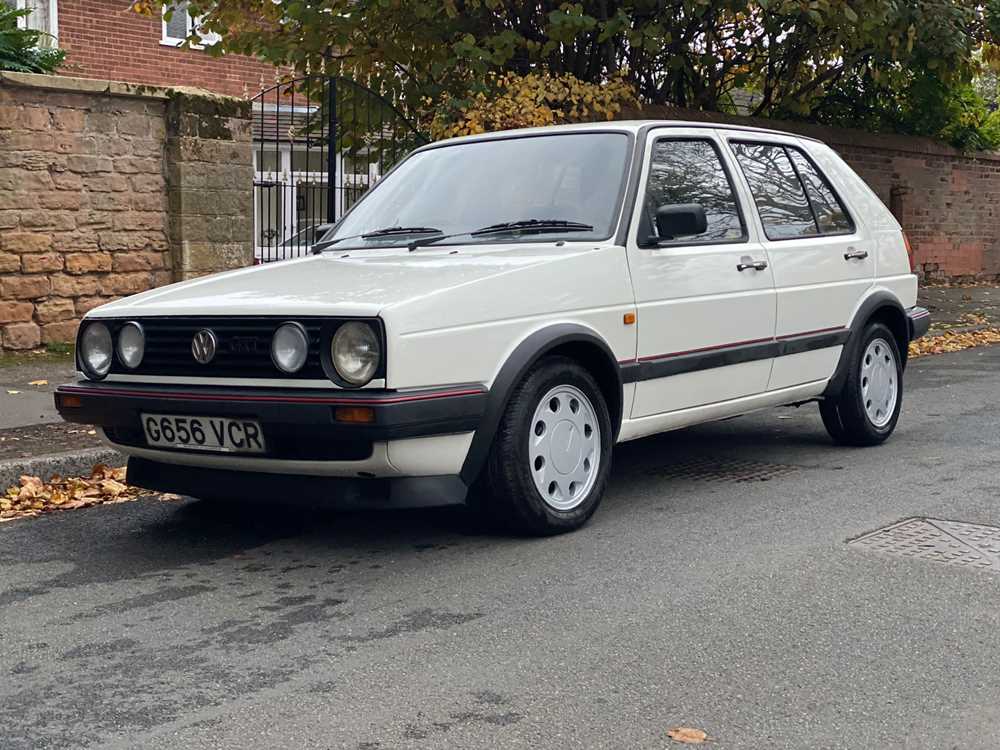 Building on the success of the first generation of the Golf GTI in 1976, the German manufacturer launched production of the Golf Mk2 GTI in 1984 to counter the arrival of the Peugeot 205 GTI, which would soon become its greatest rival. Quickly, the Mk2 GTI suffered from comparison with its French counterpart, which partially lead to Volkswagen offering the new 16V from March 1985. Those who could not afford the formidable Golf GTI Oettinger released 4 years earlier would finally be able to satisfy their cravings for high revs thanks to the 139hp produced from the four-cylinder house.

Manufactured in 1989, the GTi was first registered in the United Kingdom on the 1st of August that year and was supplied new via Portsmouth Volkswagen. Fitted with the 1781cc straight-four engine with the five-speed manual transmission, the Golf is finished in White with Grey cloth interior upholstery. In long-term garage storage until approximately 2018, ‘G656 VCR’ has covered approximately 105,000 miles from new and has had only four former keepers with the Golf residing in previous ownership from 1997 until 2018.

Specified from new with optional extras including small sports bumpers, folding boot cover, four-speaker system, load-sensitive proportioning valve and space saving spare wheel, Golf has been repainted in the last couple of years following its storage. ‘G656 VCR’ is offered with a history file which includes the original stamped service book displaying eleven entries (many from Volkswagen main dealer) as well as a collection of invoices, current V5C and two keys. The Golf will require a new sunroof seal and could benefit from tidying in the door shuts.