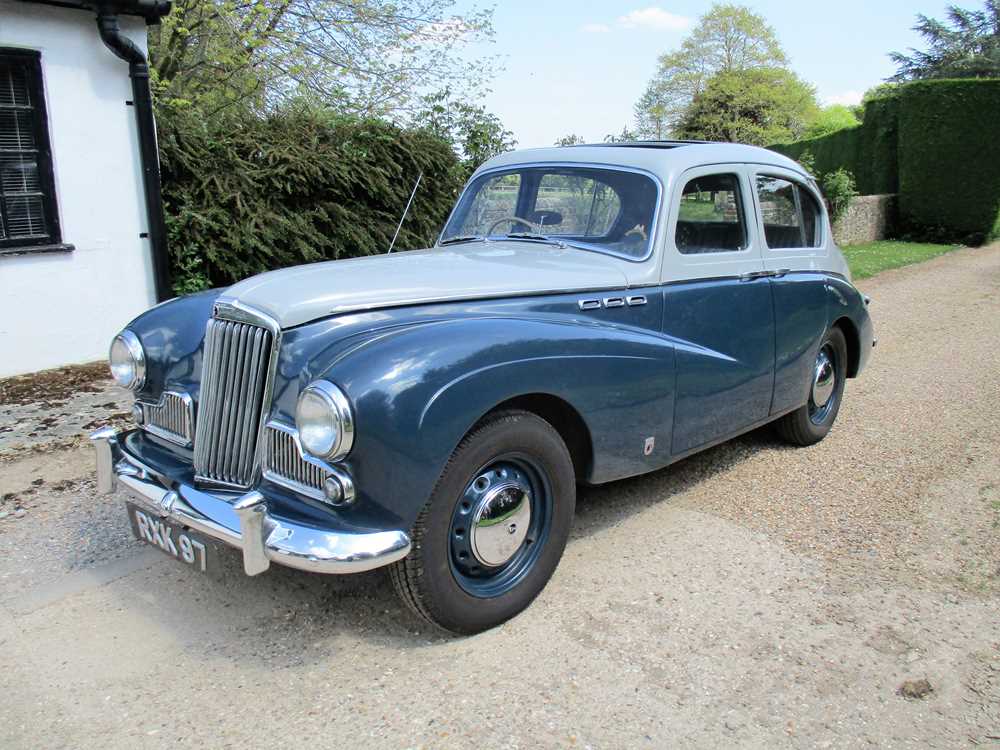 "Although the Sunbeam had been used more recently by the Cooper family than its similarly liveried Bentley R-Type stablemate, a compression test on the engine was less satisfactory. Partially dismantled, the four-cylinder unit had its valves re-seated and top compression rings only replaced (two were partially seized in grooves).

The interior retains its original leather upholstery but now sports fresh carpets. A bare metal repaint was carried out to the lower half.

The car drives well with all gauges indicating correctly. The Sunbeam and the Bentley make for a fine pair and have not been apart from one another since the MKIII was delivered new to the Cooper family in 1957!"

Launched in July 1948, the Sunbeam-Talbot 90 was essentially a reworking of the company's pre-war 2-litre chassis design. However, the newcomer's adoption of overhead valve gear leant it a surprising turn of speed. Quick to capitalise, the Rootes competition department hastened the model's development. Thus, the 90 MKII of 1950 boasted not only a new chassis with independent front suspension but also a capacity increase to 2267cc. By the time the Sunbeam MKIII arrived four years later (Talbot badging had since been dropped), power and torque were up to 80bhp and 122lbft respectively. In combination with a column-mounted four-speed gearbox, this resulted in a 95mph top speed and spirited acceleration (attributes that came to the fore when a MKIII won the 1955 Monte Carlo Rally outright).