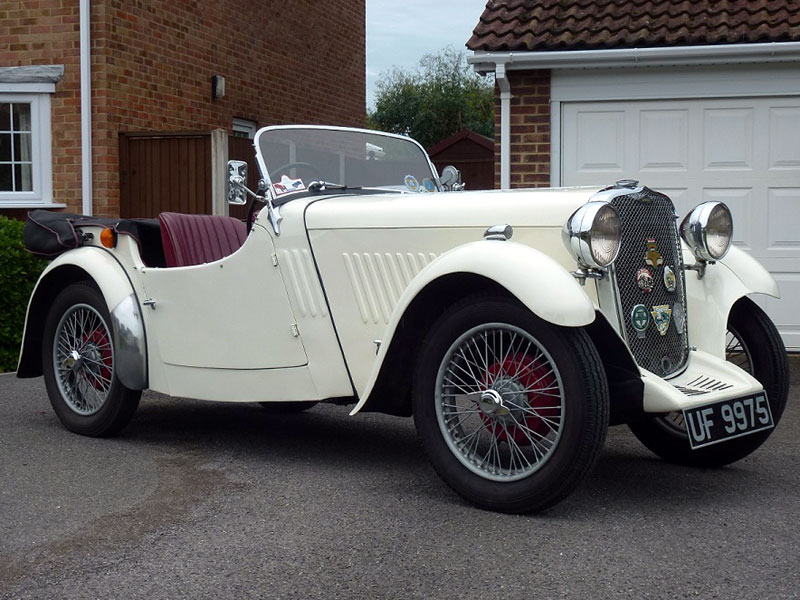 - In the current ownership since 1979

- Regular use on club events and rallies

- Engine overhaul in 2009 by Robinsons Engineering

In the current ownership for some thirty six years, 'Ruby' had been laid up for the previous twenty five years before being acquired in 1979 following which a through restoration was completed in time for the first Lustrum in Holland in May 1980. Since then the vendor advises there have been lots of upgrades and overhauls involving Ian Blackburn, Trevor Cornelius, John Parker, Robinsons Engineering and Ashley Motors. The car has completed 4 Lustrums in all, taken part in the Hexen Rally in Germany, toured Denmark, the Loire Valley and most SNDs in the last 35 years. At SND 1983 the car won the Regnis Trophy for best in Class 6.

Finished in Old English White with red leather upholstery and red carpets, weather gear includes an "excellent" black hood and double duck tonneau with "snug fitting" side screens. The engine was totally overhauled by Robinsons of Ferndown four years (and 5,000 miles) ago whilst John Parker supplied an exchange gearbox in 2014. Recently the rear springs have been re-tempered and the steering arm overhauled and refurbished. The odometer shows c.26,000 miles since 1980.

Said to "now drive as well as ever" and be a "reliable and comfortable ride, especially for touring with the benefit of two seats in the rear for luggage or passengers", she has been kept in a heated, carpeted garage with dehumidifier. Offered with Swansea V5, old-style logbook, S.O.C dating certificate, numerous invoices, correspondence and an album of restoration photographs, she is only reluctantly offered for sale due to a hip operation making access difficult.