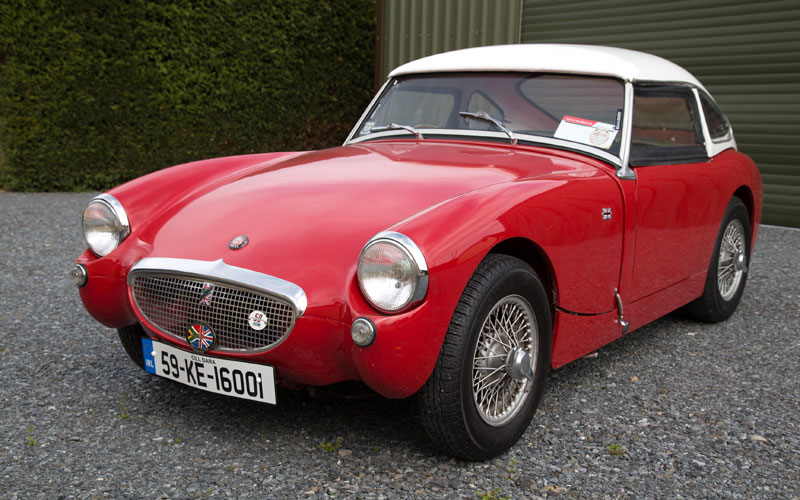 This attractive, apparently low-mileage (an unwarranted 28,500), South African-assembled MKI Sprite features an aftermarket hardtop and forward-opening bonnet, is finished in White over Red, and comes complete with soft top, tonneau and Heritage Certificate. It has remained in the same family ownership for no less than 35 years, having been purchased by founding Austin-Healey South Africa Club member Richard Hulse from the late Ralph Clarke, who at the time was the R&D Manager of BMC's Blackheath plant, Cape Town. During Hulse's tenure the Sprite was a regular competitor in club rallies and show days and contested several Johannesburg to Maputo rallies - it also participated in the 2002 Austin-Healey 50th anniversary celebrations in the UK. At Richard's death in 2013, the car was shipped to his daughter in Ireland, since when it has seen only modest use. She presently considers it to have 'very good' bodywork, paintwork, engine and gearbox and 'good' Red-piped Black interior trim.
Share: