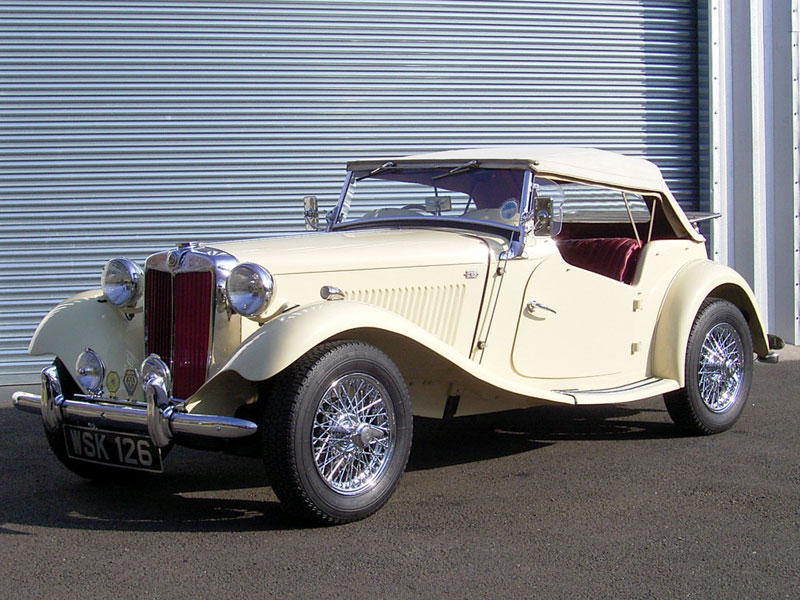 `WSK 126' is an original right-hand drive TD that apparently spent some time in South Africa before being repatriated and treated to a `ground up' restoration. Since then it has evidently become well known on the Midlands show circuit, where it has been a multiple concours winner. The vendor understandably views the bodywork as "excellent" and the Cream paintwork, Red interior trim, engine and gearbox as "very good" and is selling this extremely smart MG complete with photographic record of the work done and an MOT valid until April 2013.