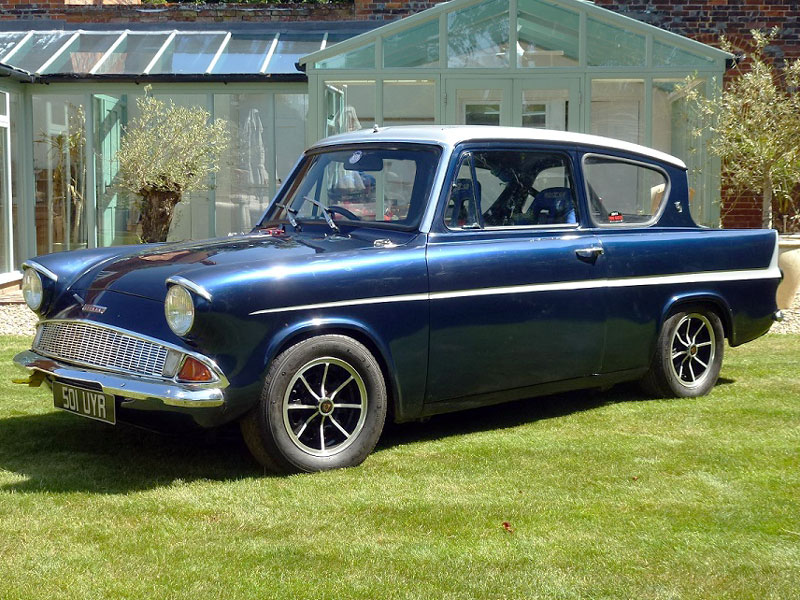 Motorsport is engrained in the Blue Oval's DNA and the 105E Anglia played its part in the company's competition history, including winning the 1966 British Touring Car Championship. This well-known example has belonged to John Smith, JF Toplis, Ralph Forbes, Andy Baillie, Nick Morgan, John Atkins, Alex Postan, Grahame Bryant and Peter Kennerly, and competed in many rally and race meetings; including the Goodwood Revival in 2001 and 2003. Its roof once carried the signatures of 52 drivers, including Sir Stirling Moss, Gerry Marshall and Win Percy, around 35 of which are still visible. The car comes with full ownership records, old FIA papers, restoration photos, and boxes of invoices and other paperwork; including a dynamometer test showing engine output of 151bhp. Finished in Blue, the Anglia is considered by the vendor to have 'excellent' bodywork, 1640cc engine and transmission, and 'very good' paintwork and trim. The perfect passport to future Goodwood meetings!