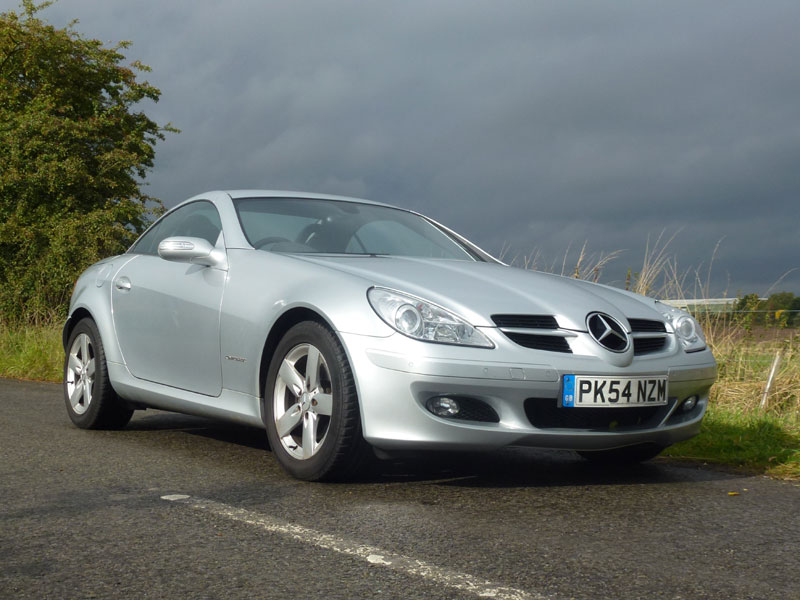 Mercedes-Benz's SLK was introduced in 1997 as a competitor for the Porsche Boxster and BMW Z3 and was among the first models to feature an electro-hydraulic retractable hardtop. The first generation examples (codename R170) were manufactured until 2004, when they were superseded by the substantially revised R171-Series. This longer wheelbase model brought many revisions including: sharper styling; a galvanised, stiffer bodyshell; two-stage airbags; a faster-folding retractable roof; fabric wind-blocker; a new range of engines that began with a 1.8-litre supercharged unit; and the option of seven-speed automatic transmission. The punchy new powerplant was capable of whisking the revised two-seater to 62mph in 7.9 seconds and on to c.143mph.

'PK54 NZM' is a right-hand drive R171-Series example from the first year of production and is equipped with the aforementioned supercharged 1.8-litre engine coupled to the new automatic gearbox. It is very tidily-presented in Silver matched to a Black leather interior and has had just two owners to date who, between them, have apparently accumulated a mere 22,800 miles. The baby Benz now seeks a suitably caring new home and is being offered complete with its original handbooks, collection of invoices and old MOTs, plus one valid to September 26th 2016.