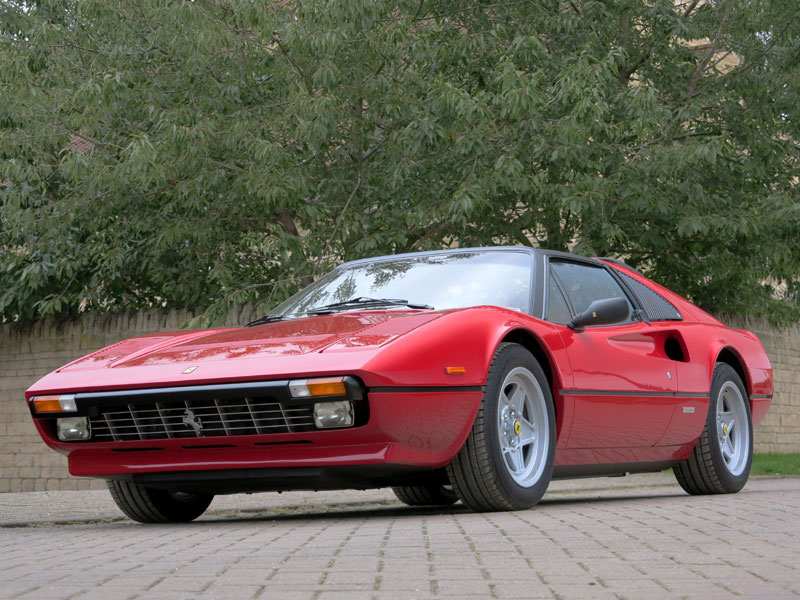 By switching to Bosch fuel injection in March 1981 Ferrari robbed its successful 308 GTB / GTS models of some forty horsepower. Worried about the consequent loss of performance, Maranello executive Eugenio Alzati determined to give the 90-degree 'quad-cam' 2926cc V8 its teeth back. Announced in October 1982, the new QV or 'quattrovalve' model was a revelation. Sporting - as its name suggests - four-valve cylinder heads, it was credited with developing some 240bhp and 192lbft of torque. Emissions friendly, it nevertheless boasted less noise, more power and better throttle response than its predecessor. Reputedly capable of 0-60mph in 5.7 seconds and 158mph, the QV cars once again had the raw speed to match their sublime Pininfarina sculpted looks.

A Belgian market car that has nonetheless spent most of its life in America, chassis 46057 was acquired by the vendor two years ago for use at his Florida holiday home. Having proved entirely dependable, he decided to treat the Ferrari to a thorough cosmetic refurbishment. Entrusted to renowned Dino restorer Stallion Motors of Nottingham upon its importation to the UK, the 308 GTS QV was carefully stripped with all interior trim and glass removed. Found to be free of any structural corrosion, chassis 46057 was repainted in its original Rosso Corsa 300 livery complete with correct Satin Black detailing. Warranted to have covered just 77,000km from new (c.48,000miles), the two-seater is rated by the vendor as `excellent' (engine, 5-speed manual gearbox, electrical equipment) or `concours' (bodywork, paintwork, re-trimmed Tan leather upholstery). Said to drive very well with no known faults, this exceptional 308 GTS QV is accompanied by its original tool roll, emergency light, space-saver spare wheel and handbooks plus a thick file full of receipts / invoices.