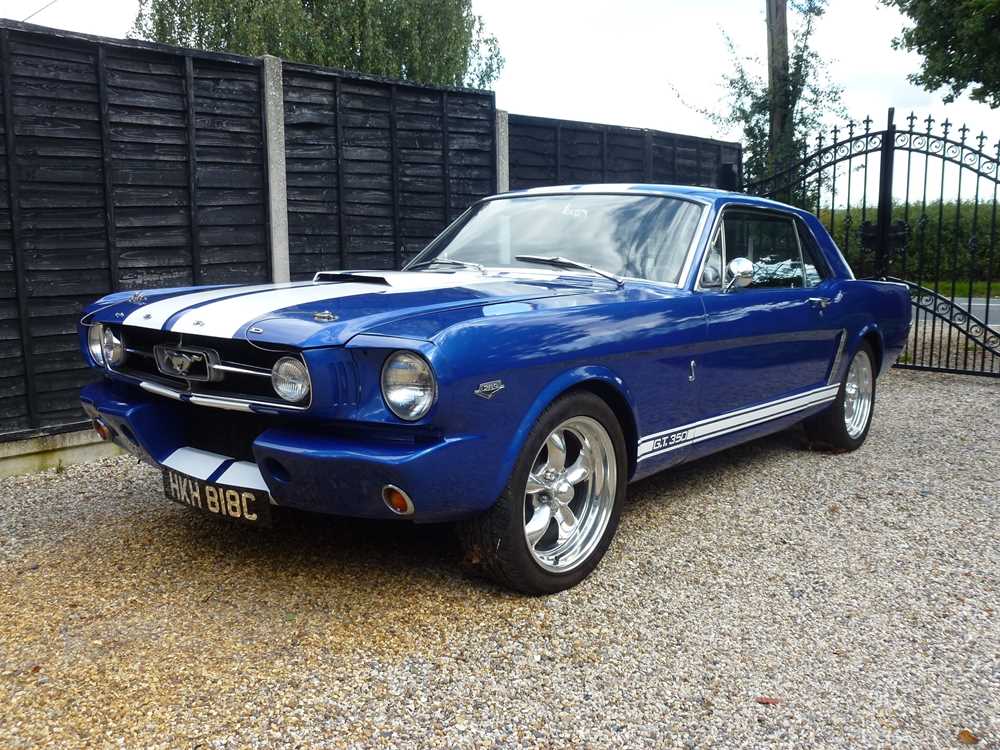 This evocation of the iconic Shelby GT350 is fitted with a 347cu stroker engine, new four-barrel Holley carb, Cragar wheels and Edelbrook manifold. Based on a 1965 coupe, the car was imported to the UK in 2018 and is finished appropriately in blue with white striping and GT 350 sill decals. Carroll Shelby’s signature even adorns the glove box lid. A racer for the road, the exhaust note is truly something to behold! Accompanied by an old Georgia title document and Swansea V5c, the engine, bodywork and paintwork are described as “very good” whilst the interior and transmission are rated as “good”.

The Ford Mustang, the original 'Ponycar', was Detroit's single success of the 1960's and lifted Ford's 1965 model year production (the car was actually launched in 1964) by well over half a million units and set an all-time record for first year new models sales. Apparently demand exceeded supply by 15:1 which led dealers to auction new cars off as one thing was for certain - America loved the Mustang. Designed as a low-cost 'personal car' by Lee A. Iacocca, later the President of the Ford Motor Company, it was realistically the answer to peoples prayers because they had been pleading for the return of the Thunderbird since its demise in 1957. It came in hardtop coupe, fastback coupe and convertible forms with the crisp notchback hardtop being the sales leader.

The name of Carroll Shelby is synonymous with the Ford Motor Company and some of the most collectible cars on the planet bear his name. The Shelby Mustangs he produced have become automotive legends and are valued accordingly. Bearing in mind that imitation is the sincerest form of flattery, it is little surprise that numerous copies have been produced to suit more limited budgets whilst providing a flavour of the originals.