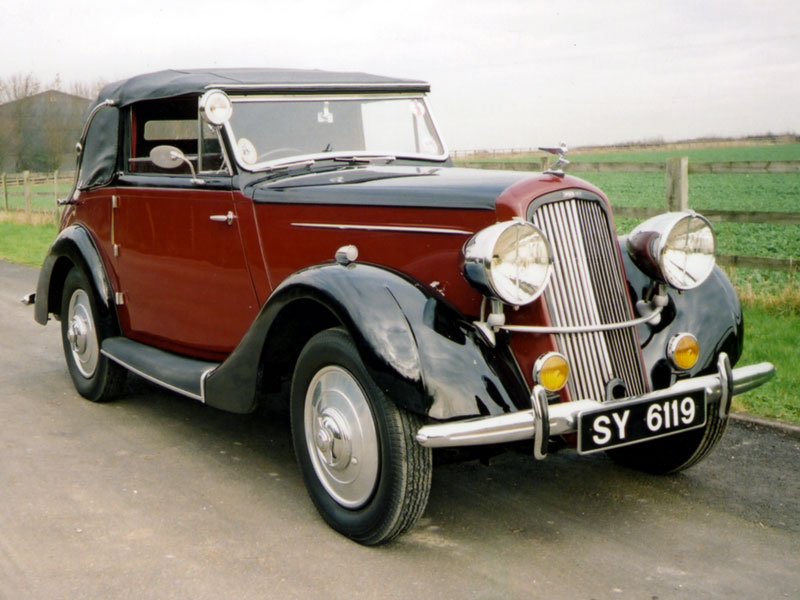 While under Rootes' control, the Hillman brand was focused on models with mass-market appeal while Humber was pitched at a wealthier clientele. The latter's first all-new model was the '12'. Introduced in 1933, it was powered by a 1669cc four-cylinder side-valve engine that (in enlarged OHV form) would still be in production over 30 years later. Coupled to a four-speed gearbox, this versatile power unit was mounted in a conventional X-braced chassis featuring semi-elliptic springing at both ends and Bendix cable brakes. Pressed Steel provided the standard six-light Saloon body, while the range also included the two-door Vogue Saloon, a Tourer and a Drophead Coupé. In 1935 the '12' was considerably updated and restyled, gaining a new frame, an all-synchromesh gearbox and a more streamlined body with integral boot and distinctive V-shaped radiator grille. Production of the model ceased in 1937.

The charming 1937 Humber 12 on offer is a rare Foursome Drophead Coupe bodied by Thrupp & Maberley. It is finished in Maroon over Black teamed with a Black hood and Red leather upholstery. `SY 6119' was acquired by the vendor in 2002 and run for three years before being placed in storage, where it has remained until now. The Humber is therefore being sold without tax or MOT.