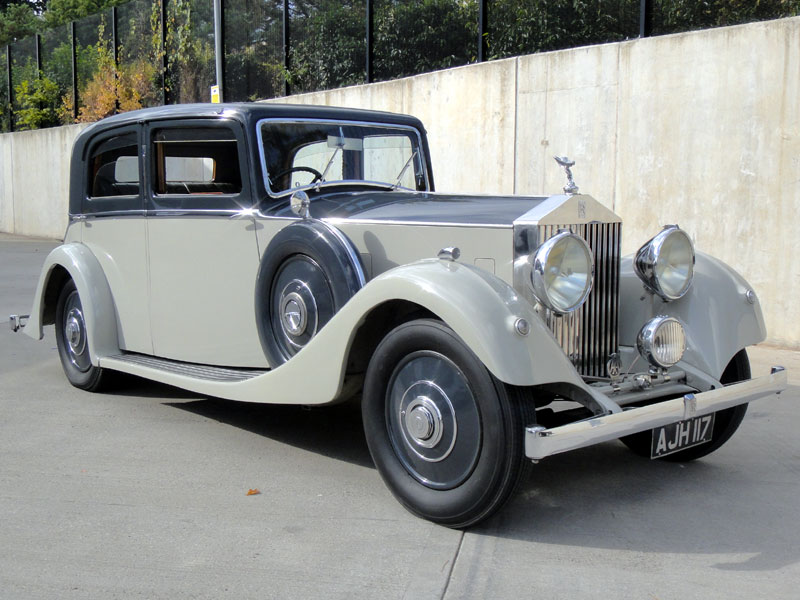 There are invoices to confirm the engine was extensively overhauled at a cost of £10,000 in 1990, since when only a further 6,500 miles have been added. Early servicing is understood to have been carried out by Jack Barclay of Chelsea; a fact supported by a plaque in the engine bay - an area that is detailed throughout. The disc wheels have been fully restored and the side-mounted spare wheel carrier is said to be "immaculate". 'AJH 117' comes complete with a well documented history that includes: a copy of the original order, handbook, service manual, invoices for work carried out, 23 old MOT certificates and details of the five previous owners, including the most recent one who retained the car for 17 years. This fine looking period Rolls-Royce is MOT'd until May 2013.