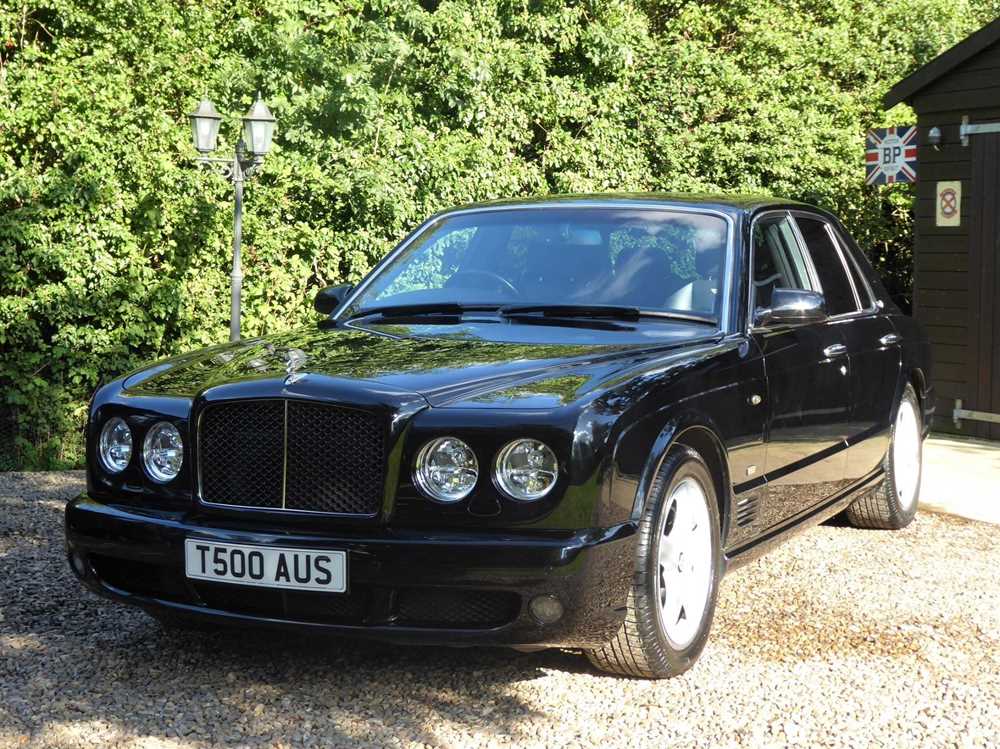 At its introduction in Detroit in 2002, the Arnage T was not only the most-powerful road going Bentley made to date, but the fastest four-door saloon car in the world. So, a prize machine by any standards, yet Bentley didn’t sit on its laurels, and just four years later announced a raft of improvements for the model. The most major was the substitution of the ageing four-speed automatic transmission with an ultra-smooth six-speed ZF system. Yet more power was extracted from the venerable V8 engine too, raising the quoted output to 500bhp and an eye-watering 1000Nm of torque – this was sufficient to allow the 2.5 ton leviathan to accelerate to 60mph in a disdainful 5.5 seconds and on to a top speed of a whisker under 170mph. It was presumably with this escalating performance in mind that a Bosch electronic stability programme was added, the body structure stiffened, and thicker sills installed. Considerable attention was paid to the interior too, where a distinctive look was achieved for the seats courtesy of diamond patterned hide and embroidered Bentley motifs, while the facia and waist rails were finished in engine-turned aluminium.

As a 2007 model, ‘T500 AUS’ (this cherished registration is included in the sale) benefits from all the upgrades mentioned. Its Black bodywork is matched to Black hide interior trim and it rides on distinctive five-spoke alloy wheels. The Bentley has just been serviced by a marque specialist adding to the nine entries already stamped in the service book – seven courtesy of franchised dealers and two carried out by specialists. The odometer currently registers 51,916 miles and the vendor presently views as ‘very’ good’ the Arnage’s bodywork, paintwork, interior trim, V8 engine and automatic transmission. This ultimate executive express is now being sold complete with a sizeable history file of old service receipts and MOTs.