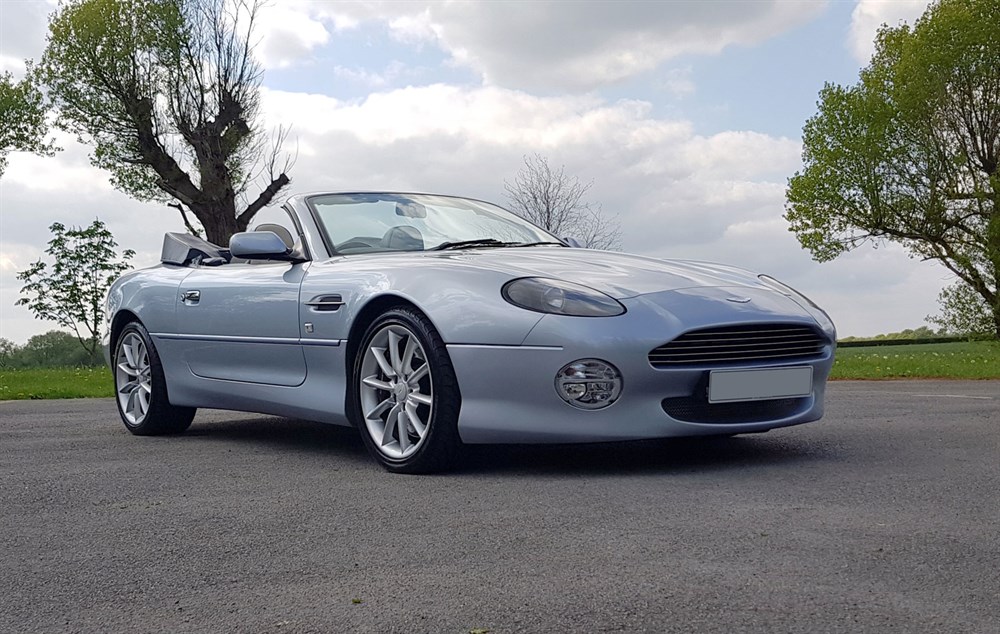 - Offered with original book back, handbook and service book with 15 entries

- MOT'd into April 2020, collection of invoices and old MOT certificates

- Last serviced in March of this year

Although Victor Gauntlett had long mooted the idea, it took the arrival of Ford money and TWR Group know-how for a new generation, 'small' Aston Martin to become reality. Unveiled at the March 1993 Geneva Salon, the DB7 had been subjected to more testing and development than any of the marque's previous models. The long awaited V12-engined DB7 Vantage was introduced at the same Salon six years later. The styling had been transformed by its original designer, Ian Callum, and featured 'beefed up' flanks, new sills, larger air intake with revised grille and lights, plus a new rear bumper. The chassis featured completely new front and rear suspension and more powerful Brembo brakes, and the model was available with either a six-speed close ratio manual gearbox or five-speed automatic unit. The jewel in the newcomer's crown was, however, the 6-litre 420bhp engine nestling under the bonnet. At the time of the launch the Vantage Volante was arguably the fastest open-top Aston ever made and shared the chassis, body and engine modifications of the closed version. The top speed was electronically limited to 165mph, but the unfettered acceleration allowed a 0-60mph time of just 5 seconds.

This handsome Volante is notable for having had just three keepers and covered a mere 22,000 miles from new, and being serviced as recently as March of this year. It is finished in the eye-catching combination of Silver bodywork matched to Blue and Cream interior trim. It resided in the Isle of Man for the last few years and is currently considered by the vendor to have 'very good' bodywork, paintwork, upholstery, 12-cylinder engine and automatic transmission. He is now offering the Aston complete with its original book pack (the service record has 15 entries), and a collection of old invoices and MOTs, plus one valid into April 2020.