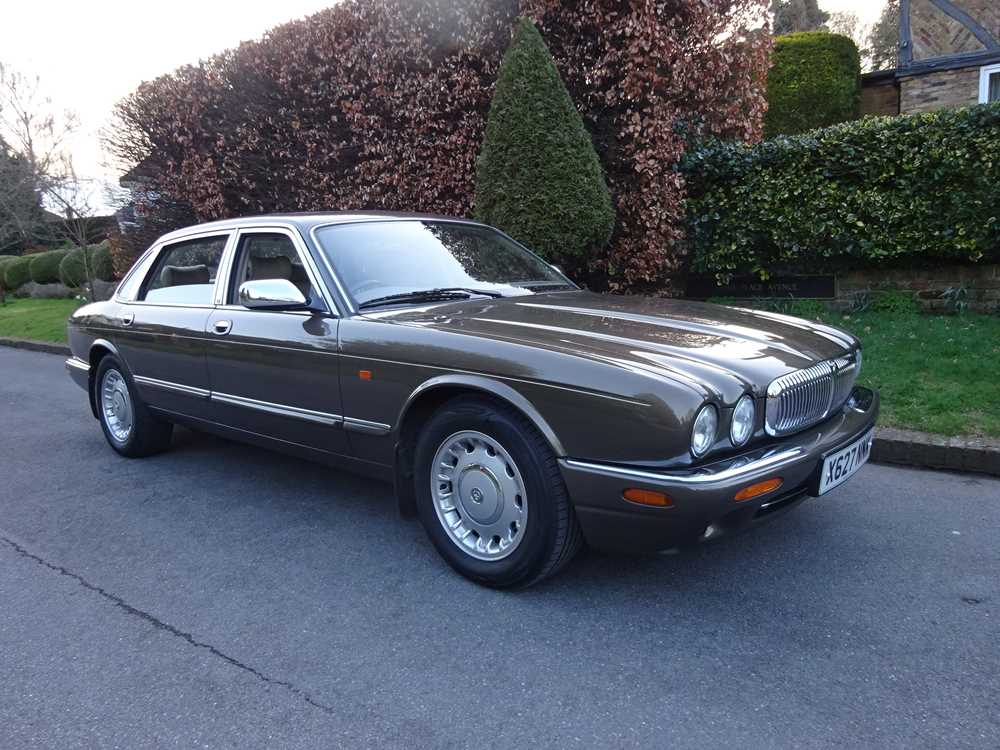 Finished in the striking combination of Roman Bronze with Cashmere leather upholstery, chassis 30520 was supplied new by Grange Jaguar of Welwyn Garden City and initially registered as ‘VIA 4815’ on January 1st 2001. A three-owner car that is warranted to have covered just 48,000 miles from new, it is described by the vendor as ‘a mint, original example’. Unsurprisingly, he considers the 4-litre V8 engine, automatic transmission, electrical equipment, interior trim, bodywork and paintwork to all be in ‘excellent’ condition. Riding on its distinctive Daimler ‘Crown’ alloys, this luxury saloon is offered for sale with V5C Registration Document, MOT certificate valid until July 2021 and all books / keys etc.

By 1989, Jaguar / Daimler had been bought by Ford who changed the engine offerings of the XJ6. Six years later, recognising that its boxy lines could do with a facelift, the company allowed designer Geoff Lawson to adopt a somewhat retro path for the X300 Series version. This line was revised for the last time in 1997, at which point much-praised new, Bridgend-built V8 engines replaced the previous six-cylinder ones - enter the XJ8. The new units were available in 3.2, 4.0 normally aspirated and 4.0-litre supercharged form, the outputs of which ranged from 240bhp to 370bhp. Most other aspects of the handsome big Saloon were also an improvement on those of its predecessor - the ride in particular won many plaudits especially on the long wheelbase cars. Rarer and more expensive like for like than their Jaguar brethren, the Daimler variants have become increasingly sought after.