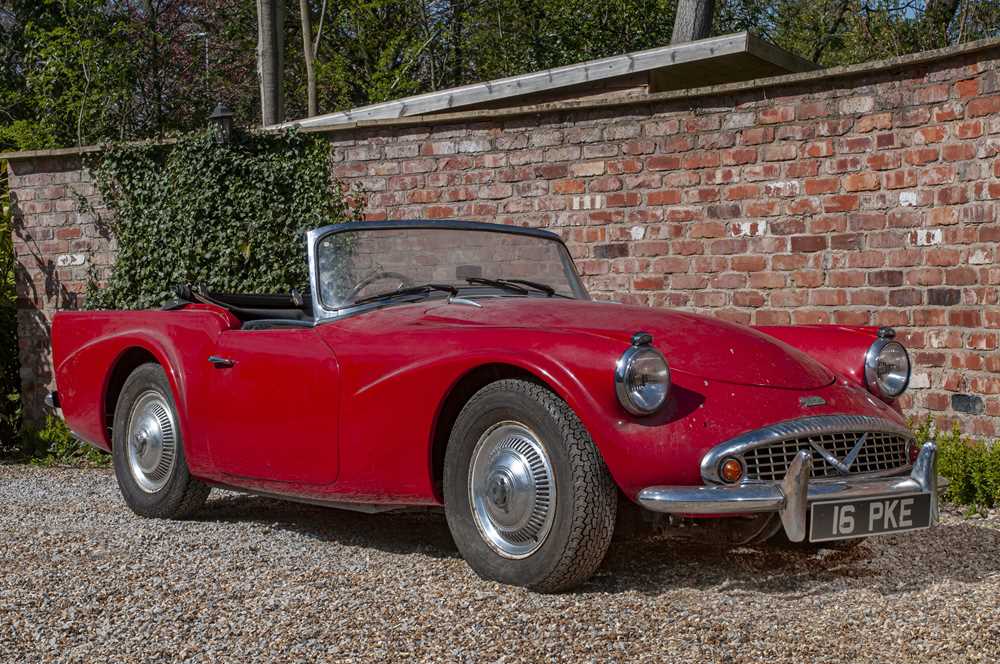 The futuristic Daimler Dart was introduced at the New York Motor Show in 1959 and had its European debut at the 1959 Earls Court Motor Show; the Dart name was soon dropped after the threat of legal action from Chrysler who had a car of that name within their Dodge division. Thereafter this new sports car was known as the Daimler SP250. Power was provided by the 2.5 litre, Edward Turner designed, V8 that soon became revered for the smoothness in its power delivery with 140bhp on tap. Independent double wishbone front suspension at the front and half elliptical springs at the rear with a live rear axle kept the car on the road with stopping power supplied by hydraulic disc brakes on all four corners. The coachwork was constructed with glass reinforced plastic providing a tough, strong and lightweight shape that enhanced performance with exciting and non-traditional looks. The 120mph plus capability was recognised by the police and they were soon being used as high speed chase cars.

This desirable 1961 ‘B’ specification 'SP 250' was purchased by the vendor's late husband in November 1983 from a prolific 'Dart' enthusiast and regular competitor at Daimler Owner's Club concours events. '16 PKE' became his daily form of transport until some 4 years later when the steering system became too heavy for him to operate and he accidentally damaged the steering wheel - this unit was later removed, retained and is included in the sale. The car was placed into a barn at his home and life commitments took over, leaving '16 PKE' in hibernation for over 25 years.

Upon retirement, the vendor's husband decided he would set about putting the 'Dart' back into road-worthy order. A new rack and pinion steering system was purchased, but only loosely installed. Unfortunately, he died suddenly before the work was completed and the car languished for a further 4 years in storage. Offered with an extensive history file documenting 30 years of ownership, this includes the car's original folding log book and receipts for extensive work carried out including the fitment of a stainless steel exhaust system.

With 2,650 Daimler SP250s produced, it is believed that fewer than 700 of these stylish sports cars survive today making this one of the rarest but affordable British classic cars available - this attractively guided example certainly offers the purchaser a very worthwhile and rewarding project.