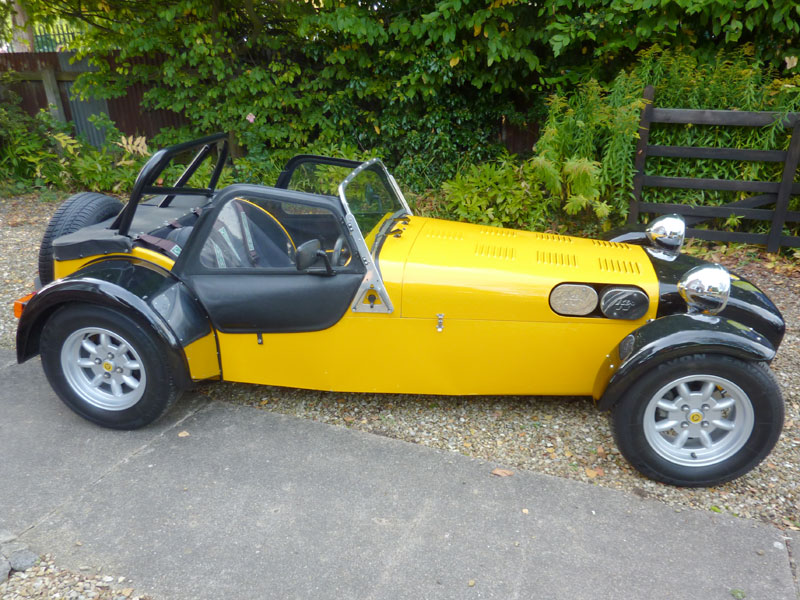 The smartly-presented Sprint being sold is resplendent in Yellow and Black with a Black interior and roll cage. The previous owner apparently retained it for 12 years, during which time it was sorted and tended to by an ex-BRM race mechanic, and travelled as little as 500 miles per annum. Its Ford engine is fed by a pair of twin-choke Weber carburettors and drives through a five-speed manual gearbox. The vendor currently describes the Caterham as being in "very good overall" condition and is selling it with a detailed, year-by-year service record and MOT valid until May 2013.