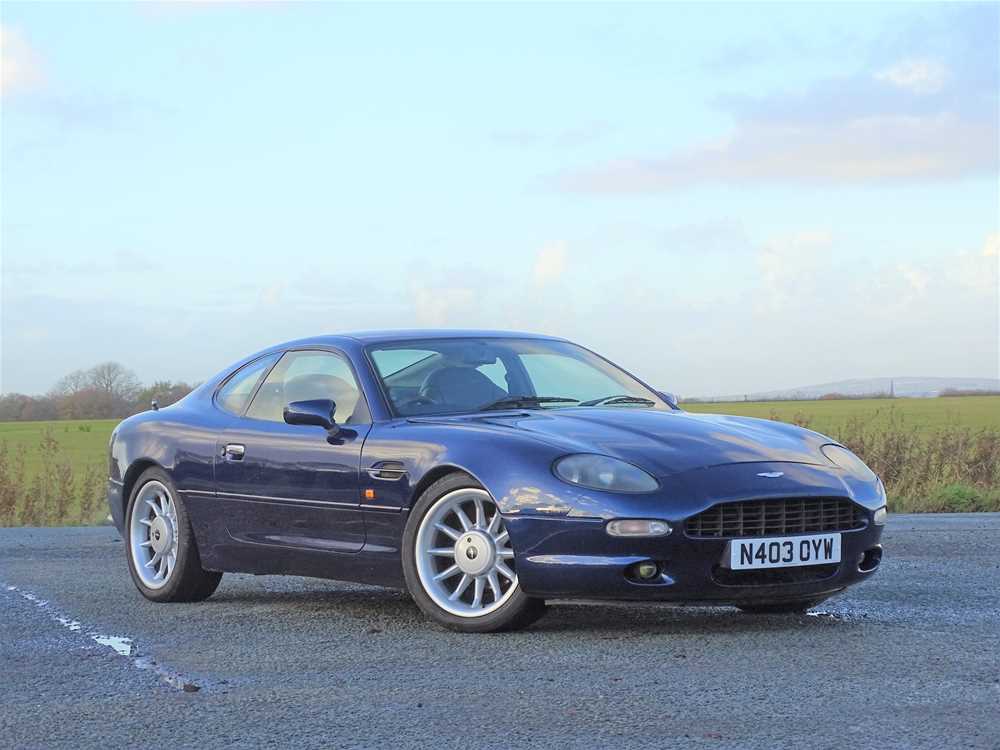 Although Victor Gauntlett had long mooted the idea, it took the arrival of Ford money and TWR Group know-how for a new generation, 'small' Aston Martin to become a reality. Introduced at the March 1993 Geneva Salon - albeit deliveries did not start until late the following year - the newcomer had been subjected to more testing and development work than any of the marque's previous models. Indeed under the watchful eye of Engineering Director Rod Mansfield Project NPX (as the nascent DB7 was labelled) got through some thirty prototypes. Based around a steel semi-monocoque chassis the production version was equipped with all-round independent suspension, four-wheel disc brakes and power assisted rack and pinion steering. Derived from a proven Jaguar unit, the DB7's 3239cc DOHC straight-six engine boasted four valves per cylinder, Zytec multi-point fuel injection and an Eaton supercharger. Credited with developing 335bhp and 360lbft, it was allied to five-speed manual transmission as standard and reputedly enabled the Aston Martin to sprint from 0-60mph in 5.8 seconds and reach 161mph. However, it was the way the fixed head coupe looked, rather than its performance potential, which wowed the public. Styled by Ian Callum, the DB7 has long been regarded as a modern masterpiece. Priced at circa £80,000 the six-cylinder coupe remained current until 1999 by which time some 1,578 had been sold.

PLEASE NOTE: This vehicle has been in storage with us since November and it has come to our attention the MOT has expired in this period